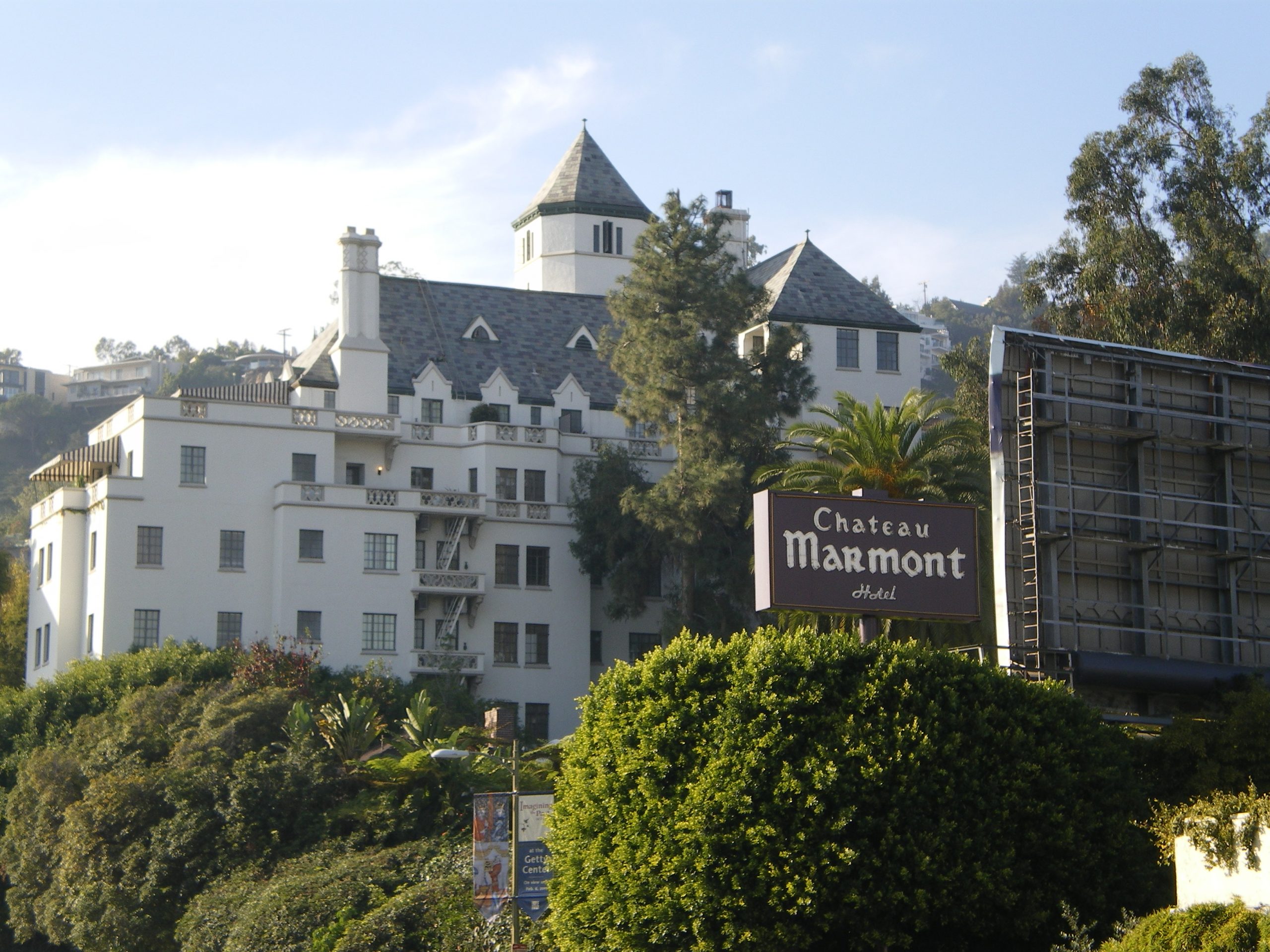 ‘If you must get into trouble, do it at the Chateau Marmont’

Los Angeles is one of our favourite cities. But as the second most populous city in the United States, after New York, we can never quite think of it in such singular terms; it’s more like a sprawling mass of cities, all uniquely different, connected by miles of concrete freeway with no real centre. From the air, L.A. always looks like a giant grey circuit board, dotted with tiny rectangles of blue. But amongst the circuitry, you may just glimpse the fairytale-like turret of a Hollywood castle, a design loosely based on Château d’Amboise in France’s Loire Valley.

The Chateau Marmont hotel, stuff of legend, is definitely our L.A. centre. Built in 1927 on Sunset Boulevard, it was originally opened in February 1929 as apartments. In the midst of the Depression, renters were difficult to find and so in 1931, the building officially became a hotel. The apartments thus became suites with kitchens and living rooms. This is one of the reasons why we love to stay at the Chateau; it feels like you’re actually residing in a very cool apartment as opposed to staying in a hotel. Most of the furniture is original. We loved the 1930s bed and lamp in our suite:

And this wonderful 1930s kitchen, still with its original red glass door knobs:

Here again in the bathroom, authentic 1930s fixtures and fittings, all in beautiful working order.Nine Spanish cottages were built next to the Chateau in the 1930s and then acquired by the hotel in the 1940s. Two of the four bungalows were designed by Craig Ellwood in 1956, after he completed the famous Case Study Houses, making them miniature versions of the aforementioned. It was in one such garden bungalow that actor John Belushi tragically died of a drug overdose in 1982. After this incident, the hotel gained an unfair reputation for being a rock’n roll hotel; a paradise for hedonists hell-bent on destruction.

Led Zeppelin allegedly rode their motorbikes through the lobby in the 1970s, but Marmont has always been a magnet for generations of artists, photographers, novelists, actors and screenwriters. F. Scott Fitzgerald regularly came here to write as did Hunter S. Thompson and most recently, Sofia Coppola set her gorgeous film, Somewhere, here. Judy Garland used to sing at the piano and James Dean checked-in to audition for Rebel Without A Cause. Everyone from Greta Garbo to Keanu Reeves has lived at the hotel.

Several musicians and writers whom we have spoken to have insisted that there is something magical, yet tangible, about living and creating within the solid walls of this earthquake-proof, grand old dame. Books not only get written but published, screenplays are greenlit and albums go platinum. Chateau Marmont lore has indicated powerful ley lines running below the building, and housekeeping’s burning of Nag Champa scent, enhancing the meditative state.

There’s definitely something going on as we always manage to get heaps of work done whenever we stay, but our theory is this: as a guest you’re free to be whoever you want to be. It’s as simple as that. There are no long lenses in the bushes; paparazzi are shunned. There are no red ropes, segregation or ridiculous VIP areas.

Last week when Lindsay Lohan was barred from the hotel over an unpaid bill, after which, said bill was leaked to the press, we can only imagine how mortified the management team were. Unlike many hotels who would have rejoiced in such publicity, it’s against everything Chateau Marmont stands for, as it continues to nobly uphold Harry Cohn’s sage advice.

All images by CELLOPHANELAND* and Chateau Marmont.

CELLOPHANELAND* were guests of Chateau Marmont.

Suggested reading: The Castle On Sunset. Visit our bookstore to purchase a copy.