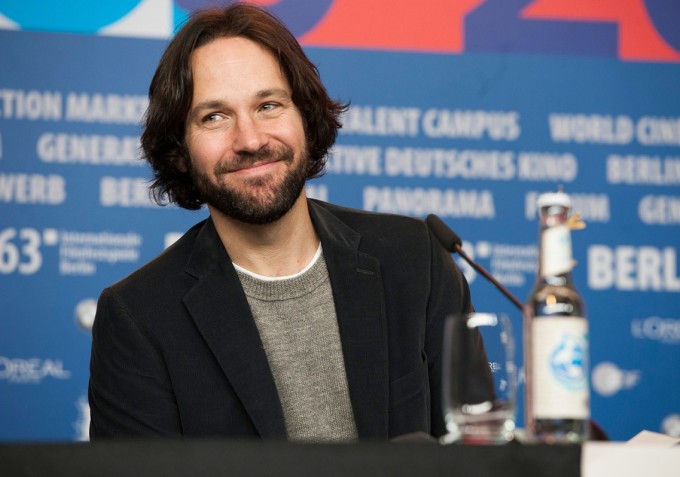 Paul, both your parents are British-born (Dad from Edgeware, Mum from Surbiton). Do you feel a strong connection to England?

Yes, I have always felt a connection with the British lifestyle: tea, and all of the English candies and  foods that my parents would have. When I was growing up, I loved Smarties and none of the other kids in the US knew what the hell they were. I kept stacks of them for years. Then as an adult there was the novelty of getting KitKats and Hobnobs. You’d go to a place in LA and they would have Hobnobs and you would go wow, they have Hobnobs but now every place I go to has Hobnobs.

You’ve done classic theatre both on Broadway and the West End, how do you approach it?

I always try and approach it as a regular character in a regular play and not some hallowed thing. I don’t read reviews anymore, either good or bad. Because if you talk about anything specific, no matter what, when you go out there and do it on stage, that’s what you’re thinking of, and it totally affects the way you approach the work. I have always loved classic literature, beginning in school with The Great Gastsby (Paul played Nick Carraway in a TV film version of Gatsby in 2000.) I think the thing with classics, is a lot of people want to say they have read them, they just don’t want to sit down and actually read them.

You starred opposite Jessica Lange in the West End Production of Long Day’s Journey Into Night. How was three and a half hours of Eugene O’Neill every night?

Beforehand, I wasn’t quite sure what I was getting myself into! But it was a fairytale. I’m so passionate about the language. I sound like a jerk talking about how wonderful the poetry is and stuff but it’s true.  I think so many times – and that play included – as an actor you just have to give in to the lines; the lines will take care of themselves and your job is going to be a lot easier.

Did you ever play Hamlet or was that just a rumour?

No, I really didn’t do Hamlet! If you were looking at that thing where it says Ben Kingsley, that’s a bunch of garbage, but it always floats around. No, Ben taught a class and I did a scene and he directed the scene, but I was never in a production of Hamlet. When I first got out of school a manager doctored up some sort of CV for me, and it somehow got out there.

You were born in New Jersey and live in Manhattan. What do you miss most when you’re away?

I crave so many things; I miss my routine of waking up, getting coffee and reading the Daily News and the New York Times. I miss my special grilled cheese sandwiches. I miss my family, friends and the city itself.

I’m thinking of 200 Cigarettes, such a New York movie?

Yeah, Elvis Costello, Steve Earle… I think in that movie because it was so ensemble, and everyone had their own storyline, I gotta say I lucked out. My storyline was more fleshed out than the other ones. I think the relationship I had with Courtney (Love) was interesting. She was totally intimidating  but really great!

Do you ever plan your next role?

Usually, I have absolutely no idea. I always just see what comes!

How well can you play guitar?

I play and I love to play! But I’m not very good.