Hailed as ‘the Godfather of the American paparazzi culture’ by Time and Vanity Fair, Ron Galella is regarded as the most controversial celebrity photographer in the world. Now 80, he has made a living out of taking unauthorised photos of celebrities (nothing new there), but it is the risks taken to ensure the perfect shot which has ensured his infamy. He has been described as ‘vermin’ as well as ‘a national treasure’ and was Andy Warhol’s favourite photographer. 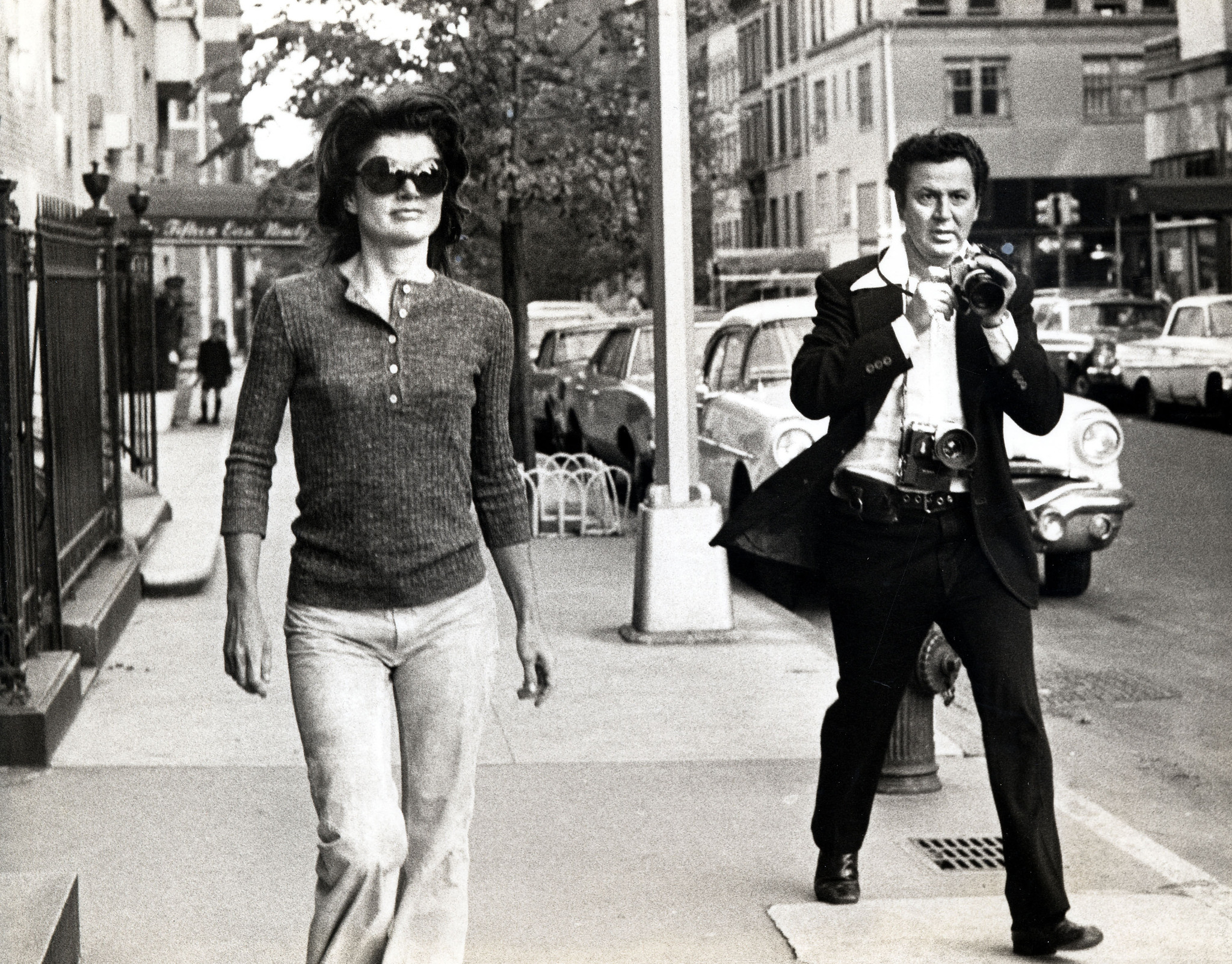 Galella was obsessed with Jackie Kennedy Onassis and his unrelenting quest to capture her image on film resulted in several court battles. Eventually, she took out a restraining order to keep the photographer 150-feet away from her. He was found guilty of breaking this order four times and faced seven years in jail along with a hefty fine, later settling for a $10,000 USD fine and a surrender of his rights to photograph Kennedy Onassis in the future.

Standing in a room full of Galella’s b/w prints (with one of his former subjects!) at the glitzy opening of Vintage Galella at Hamiltons Gallery last week, it was incredibly easy to see why his work now hangs in the Museum of Modern Art (New York and San Francisco) and Tate Modern. There’s a timeless quality about the images (before PRs could dictate the angles). All shots are tightly framed and reveal not just another unscrupulous paparazzi earning a fast buck, but a photographer with a sophisticated appreciation of photography as an art form. Galella still makes his own prints in a home darkroom and cites Cartier-Bresson as a major influence.

Seen here with Marlon Brando, who punched Galella in the face outside a restaurant in Chinatown in 1973, breaking his jaw and knocking out five of his teeth. Galella hired an attorney to sue Brando, winning $40,000 in damages.

A native New Yorker, Galella served as a United States Air Force photographer during the Korean conflict before studying photojournalism in Los Angeles. His work has appeared in Harper’s Bazaar, Time, Vanity Fair, Vogue and Life.

Vintage Gallela is at Hamiltons Gallery and runs until 1 October 2011.

To purchase a copy of No Pictures, visit our bookstore.