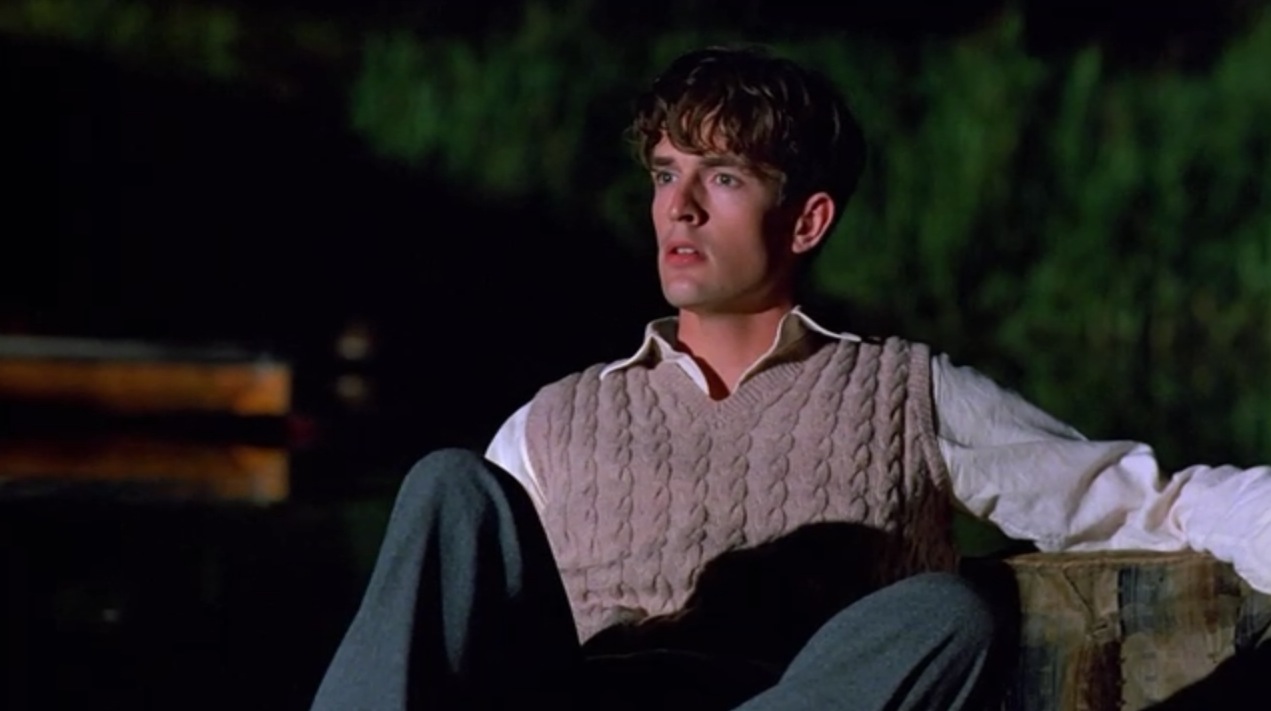 ‘When I have fears, as Keats had fears, Of the moment I’ll cease to be, I console myself with vanished years, Remembered laughter, remembered tears, And the peace of the changing sea.’

The above poem is framed and hangs on a wall at Noel Coward’s former home, Firefly (see here our review of an earlier visit) in Jamaica. It was the last poem he wrote before his death. When actor Rupert Everett ‘stumbled’ upon Firefly three years ago while staying on the island, he was greatly touched by the poignancy of the words; in particular, vanished years, and thought it would be an apt title for his second memoir.

Fitting really; like Coward, Everett is not only a razor-sharp wit, but an incredibly good writer, too. Having been completely bowled over by his performance as Guy Bennett (loosely based on the life of the spy and double agent, Guy Burgess) in his breakthrough film, Another Country – which he made at the tender age of 22 – we’ve been hopelessly hooked ever since.

It’s difficult to think of Rupert Everett as just an actor; he’s a true renaissance man. A singer (remember Hearts of Fire with Bob Dylan or his backing vocals on Madonna’s American Pie?); he has written fiction: Hello Darling, Are you Working? and The Hairdressers of St. Tropez – both excellent reads in their own right At 6 ft 4 he has enjoyed a successful modelling career, working for Yves St. Laurent amongst others, and maintained a steady career in journalism, most notably as a contributing editor to Vanity Fair.

His first memoir – Red Carpets and Other Banana Skins – was an instant classic when published in 2006 with gushing reviewers comparing him to Evelyn Waugh, David Niven and Lord Byron. We remember finishing the book and immediately rereading it as it was so hilariously astute and beautifully observed. Wise, bitchy, shocking but also incredibly generous. Crammed with Hollywood tales and personal accounts of filming with some of Everett’s new best friends: Madonna, Sharon Stone and Julia Roberts. The memoir coincided with Everett riding the crest of his own surging LA wave. He really was the darling of the moment, starring in films such as My Best Friend’s Wedding and The Next Best Thing. He could do no wrong. Then the wave crashed in a thunderous spray of Hollywood rejections.

Or as Everett describes it in Vanished Years: ‘My brief career as a Hollywood siren had spluttered to a standstill.’ But he also maintains that failure has been the best thing that’s happened to him; it’s increased his drive. Although reading the astonishing encounters and stories in this wildly entertaining second memoir, it’s difficult to view anything in terms of failure. Laugh out loud moments litter every single page and truly absurd situations are delivered with a wonderful concoction of mischief and self-deprecation. One absolutely hilarious chapter is dedicated to his appearance on a celebrity edition of The Apprentice: ‘This team of men, this band of brothers, glistened with testosterone in the spotlights. It oozed from their every pore like sap and froze me to the marrow. Alastair Campbell, Piers Morgan and Ross Kemp had their suitcases in their hands as if they were getting on the school train. In fact the whole thing reminded me of school. Here were the same rugger buggers and bullies I had escaped all those years ago, wearing the same slouchy sixth-form clothes. I could think of only one thing. Escape.‘ And escape he did; exiting the show via a service staircase.

Or there’s the time when Richard Curtis was preparing Love Actually and Everett thought that maybe, just maybe, he could ‘grab the leading role from the jaws of Hugh Grant‘. That is, until – during the course of their meeting – an old director friend of Everett’s – John Maybury – lurches towards them, drunk as a skunk. Everett describes the feeling as ‘a beach momentarily drained of sea before the onslaught of a tsunami.‘

‘Oh, hello, John,’ said Richard, pleasantly. ‘I did so enjoy Love is the Devil.’ John thought for a moment and cracked a smile as huge as the Cheshire cat’s. He had a big famous mouth in more ways than one. ‘Why thank you, Richard,’ he replied. ‘But look at your own achievements. You have single-handedly destroyed British cinema.’

Needless to say, I am about to re-read.

Rupert Everett’s Vanished Years is published by Little, Brown and is on sale 27 September 2012. Price: £20.

CELLOPHANELAND* would like to thank Little, Brown for the advance copy.