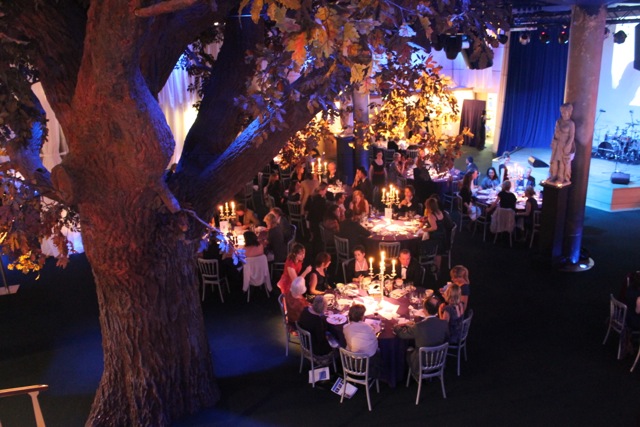 Last week we were delighted to attend the Transforming Lives From Within benefit gala dinner; the first of its kind for the David Lynch Foundation UK at the Underglobe, a quite magical space under Shakespeare’s Globe Theatre.

The David Lynch Foundation for Consciousness-Based Education and World Peace was first set up by Lynch in the USA in 2005, and in 2012 the foundation was established here in the UK. Its aim is to ensure that any child who wants to learn and practise the Transcendental Meditation programme can do so. TM is the most thoroughly researched and widely practiced programme in the world for developing the full creative potential of the brain and mind, improving health, reducing stress, and improving academic outcomes. The DLF UK also works with stressed teachers, the homeless, prisoners and the many thousands of war veterans suffering from post traumatic stress disorder (PTSD).

Award-winning director, writer and producer, David Lynch, has been “diving within” through the Transcendental Meditation technique for over 30 years. “I became interested in meditation because I heard a phrase: True happiness is not out there. True happiness lies within. And this phrase had a ring of truth to me, but the phrase doesn’t tell you where the within is, nor how to get there. One day it hit me that meditation would be the way to go within.”

The gala dinner brought together meditators and non-meditators, artists, musicians, writers, war veterans and professionals from all walks of life with a collective aim: to support this incredibly worthy cause.

James McCartney and his band provided a memorable set. In 2009 James made his first public musical debut at a David Lynch Foundation benefit in Iowa. “I’m delighted to have been invited to perform again at another one of the foundation’s events. The significance this time round is that it’s in my home town of London. I wish everyone involved continued success in spreading the good work of the foundation and the power of Transcendental Mediation – health and happiness to all.” 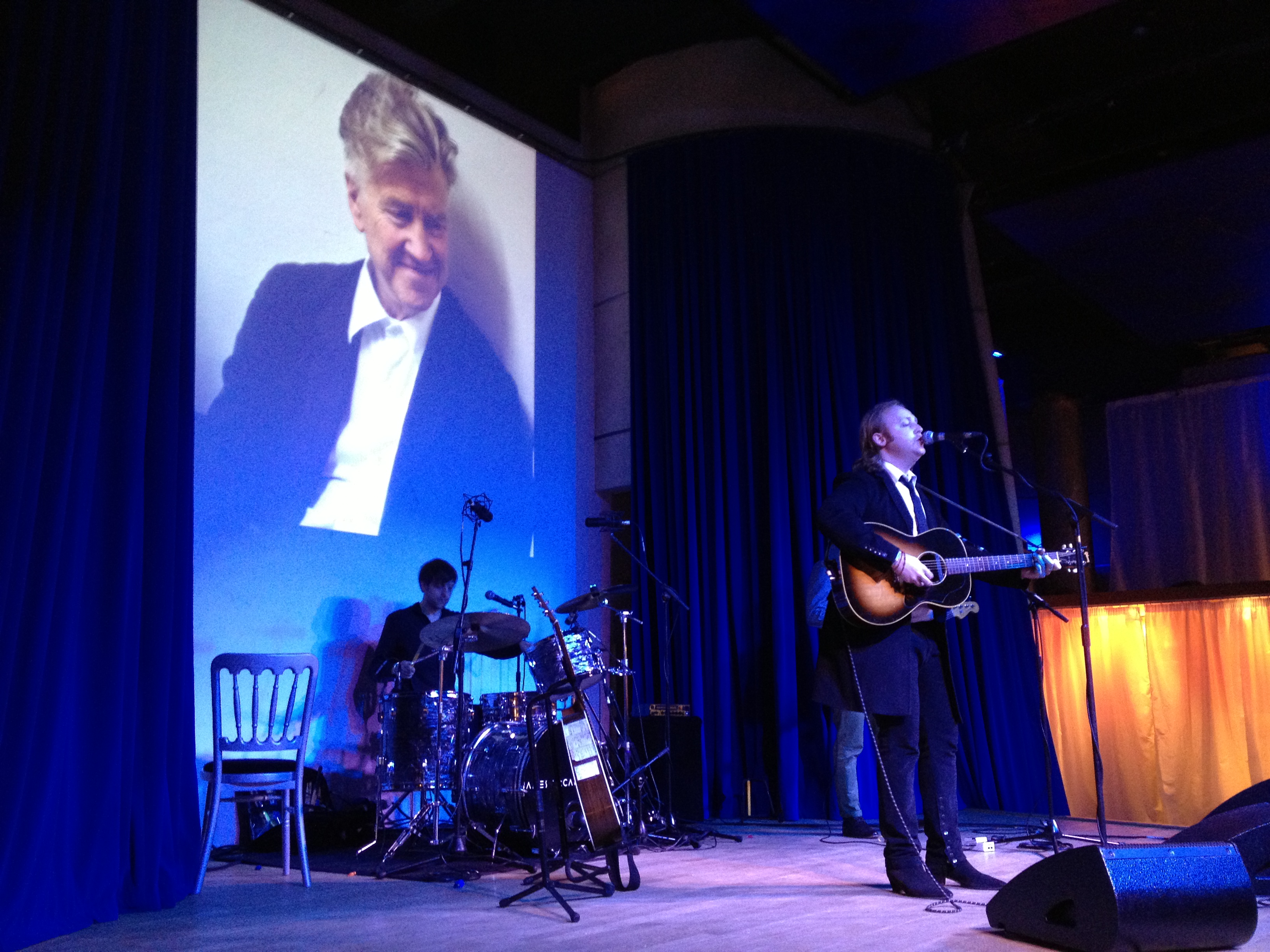 David Lynch joined the gala via live video link, and presented Tim Burgess of The Charlatans with a DLF Peace Award for his innovative fundraising for the charity. Tim has created music for the Transcendental Music Label as well as his own Kellogg’s cereal brand, and most recently, his own brand of delicious coffee: Tim Peaks. 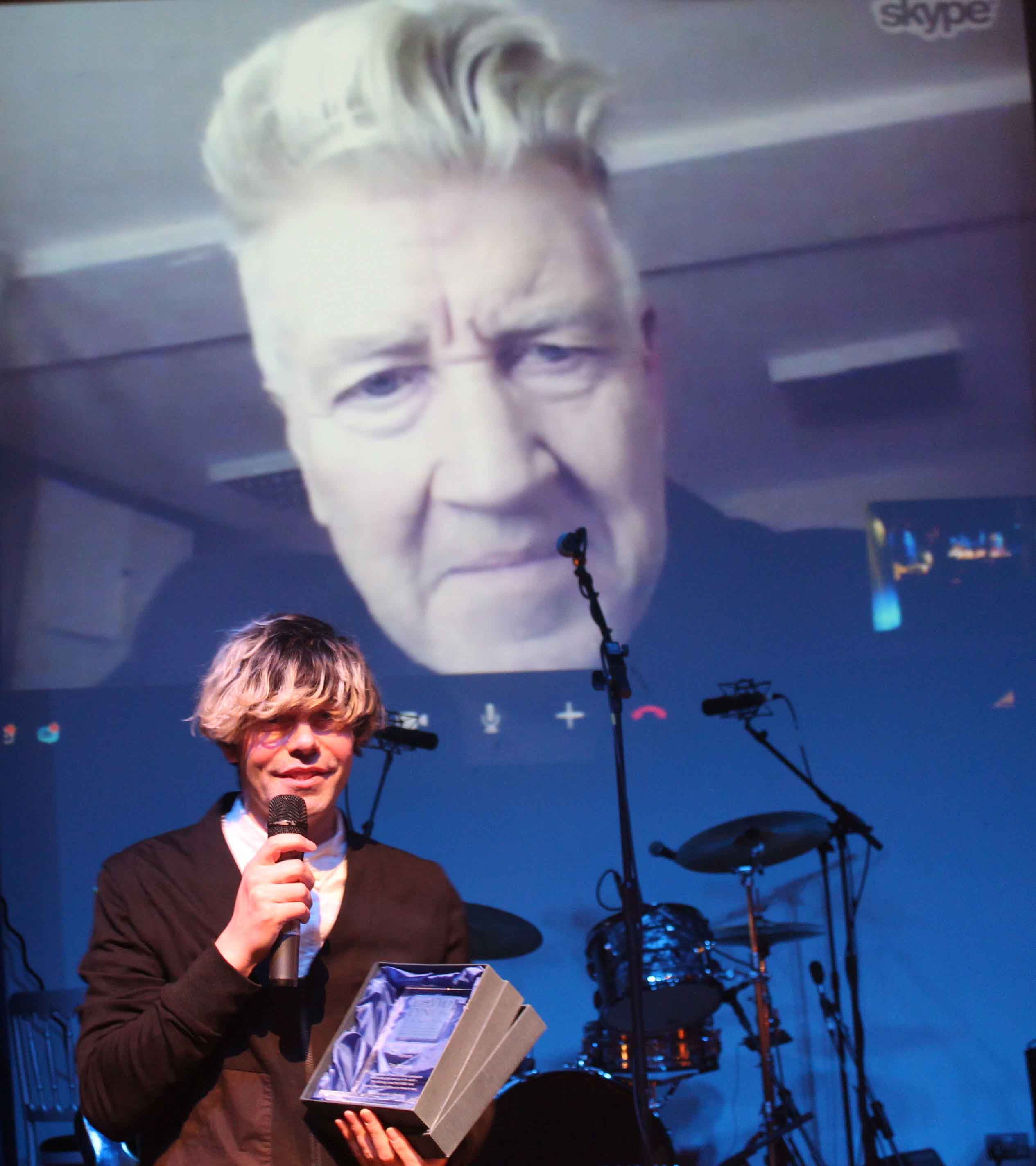 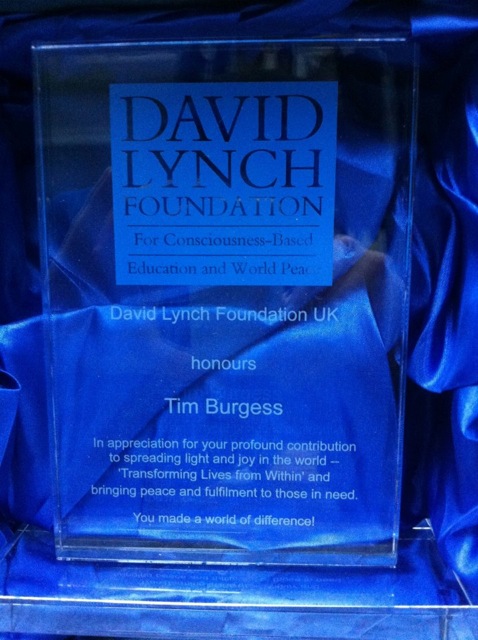 There were two incredibly moving speeches given by war veterans, Leighton Stagg and Steve Bindon, who bravely shared their personal stories of how they overcame Post Traumatic Stress Disorder, and how TM helped transform their lives from within.

A wonderful live auction of art – including seven very special pieces generously donated by David Lynch – kicked off the fundraising, presided over by consummate auctioneer, Jamie Breese. The fundraising will continue at silent online auctions, with exciting opportunities to bid for celebrity and fashion experiences at Charity Buzz. The online auctions begin on 1 December.

Our editor has been “diving within for several years now, and in her own words: “I can honestly say, learning TM has been one of the best things I have ever done”.

If you would like to support the DLF UK by making a donation please visit the website for further details: www.davidlynchfoundation.org.uk or call: 01394 460995.

To bid on some very exclusive and unique items please visit: www.charitybuzz.com.


For those interested in learning Transcendental Mediation please visit: www.t-m.org.uk

Recommended reading: Catching The Big by David Lynch. Visit our bookstore to purchase.

When SBC Skincare were searching for a key ingredient to use in their line of skincare that would address skin's...

Matiere Premiere fragrances are very special indeed because their mission is to create perfumes which are built around one natural...

The Seated Queen launched its first product in February 2020: a modern day cold cream which has now become a...

Regular readers of CELLOPHANELAND* will know just how much we love Epionce products (see a previous review here).  We're  always...