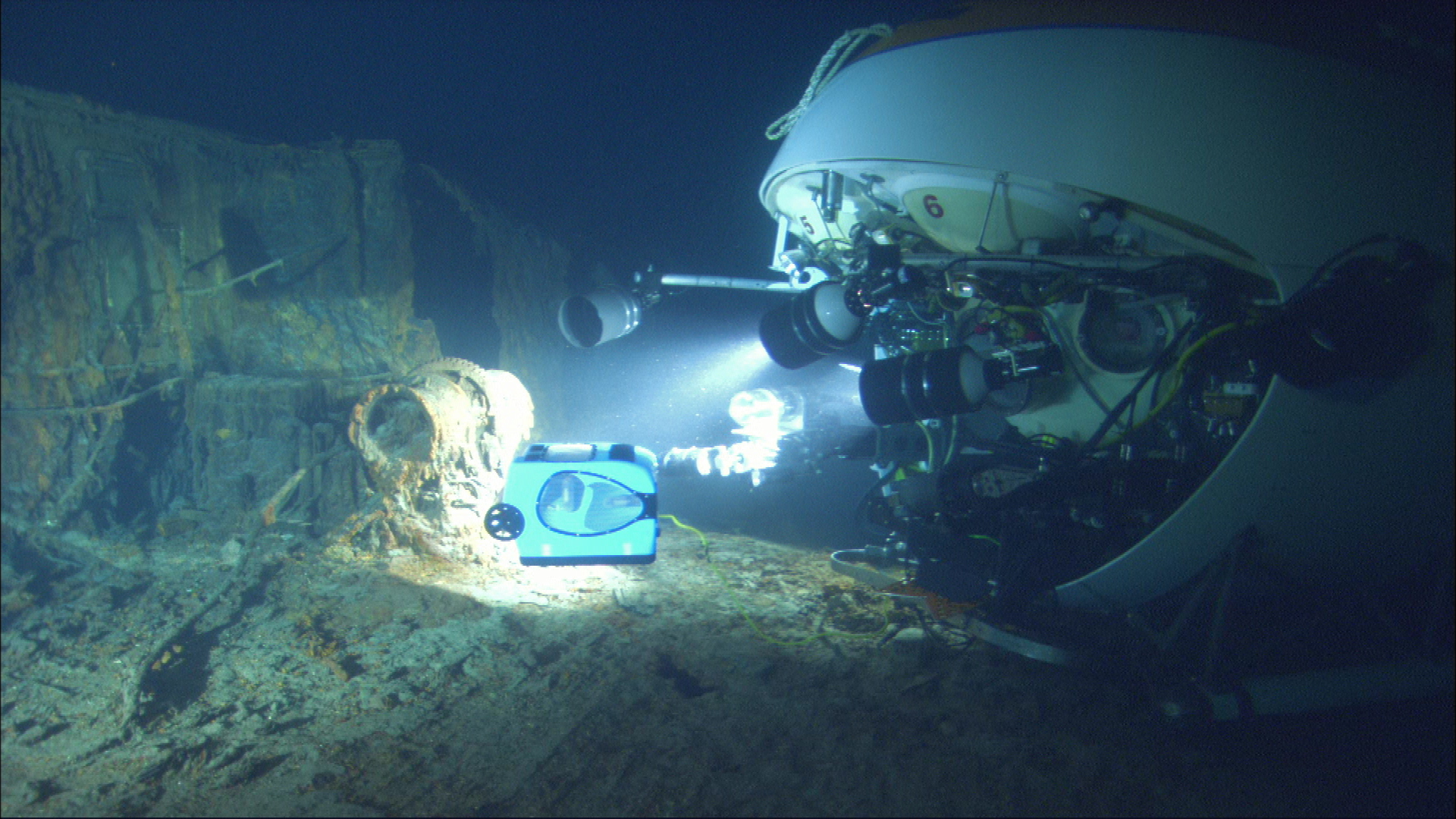 Friday 15 April 2011, marks the ninety-ninth anniversary of the sinking of  RMS Titanic. During her maiden voyage from Southampton to New York City with 2,223 people on board and a cargo full of ostrich plumes, shelled walnuts, books, perfume, velvet and cognac, she hit an iceberg four days into the crossing at 23:40 on 14 April 1912 and sank at 2:20 the following morning. 1,517 lives were lost.

Titanic: The Artefact Exhibition at the O2 acts as a poignant reminder of the deadliest maritime disaster in history.  Before entering one is given a Boarding Pass – a replica of the original – bearing the White Star Line’s logo and the name of an actual passenger and reason for crossing. Mine is a female Upper Class passenger destined for Philadelphia after returning from shopping trips to London and Paris. This new temporary identity suddenly makes everything feel much more personal, but one has to wait until the end of the exhibition to discover each passenger’s fate.

Making your way through the inky-black rooms, recovered objects that have lain undisturbed on the ocean floor for more than seventy years, loom like ghostly apparitions: a Second Class baggage label with the string still attached; a mangled porthole; a delicate brown silk necklace covered in diamond oval slides; a champagne botttle, still full; a brilliant blue jar reunited with its glass stopper, recovered from the deep some seven years apart, and an elegant collapsible top hat and bow fashioned from the finest silk with a gold-scripted ‘D’ still visible on the inner lining. Naturally, many artefacts show the ravages of various salts, acids and bacteria and yet many, oddly, look brand new.

There are too many items to mention but some of the most moving are those displayed in front of photographs which show them as they were originally found resting in the murky depths more than 2 miles beneath the surface of the North Atlantic. Lost for 73 years until the world made an amazing discovery on 1 September, 1985. 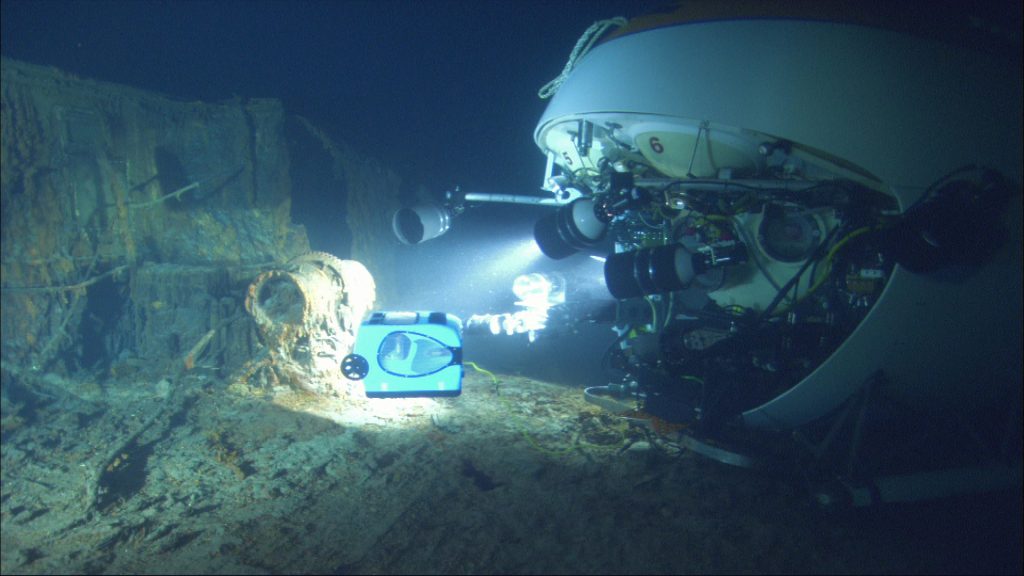 We really enjoyed the interactive element to the exhibition: one can touch a real iceberg whilst reading a survivor’s accounts of the sinking: “Crash. Then a low rending crunching, ripping sound, as Titanic shivered a trifle and her engine gently ceased.” – Violet Jessop, Stewardess.

At one exhibit, you’re invited to wriggle a finger through a small opening to touch a piece of the black mottled hull. In another, you can inhale the still surprisingly potent fragrance emitted from minute perfume vials; the property of a perfumer from Manchester en route to sell his samples in New York.

At the end of the exhibition, we stopped to scan the passenger lists. Happily our lady was one of the lucky ones; sadly her husband and son were not.

Titanic: The Artefact Exhibition at the O2 runs until 31 July 2011.

Images by CELLOPHANELAND* and The O2.