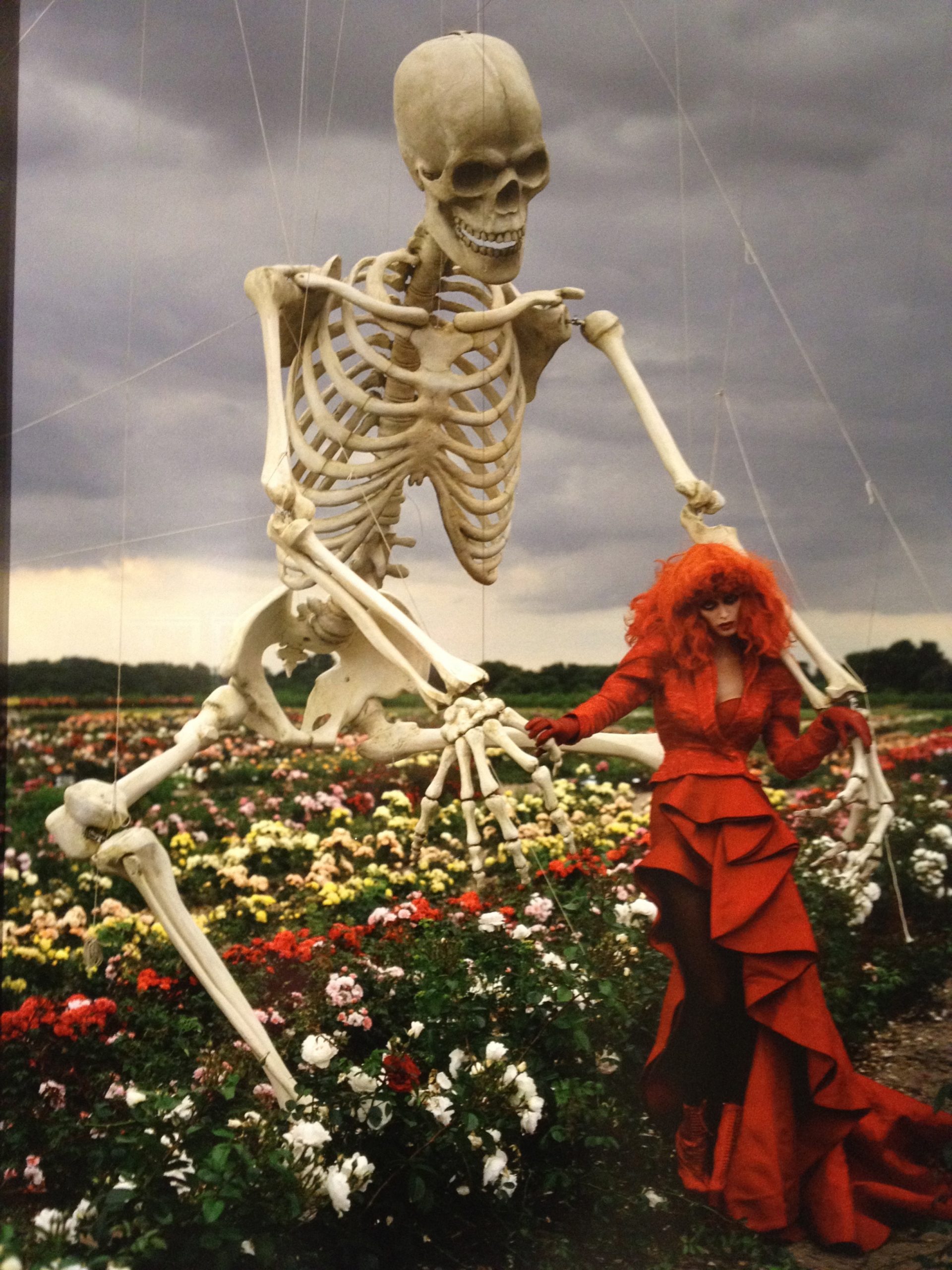 To its earliest audience the most magical aspect of photography was its ability to open windows onto the world: distant landscapes, undiscovered peoples, savage fauna and exotic flora that had been till then as remote as the stars.

Wandering around the rooms of Somerset House, looking through the windows onto Tim Walker’s fantastical world, we sense two possibilities: we have fallen down the rabbit hole, or somehow, stumbled across a Tim Burton set. A beautiful white swan boat, a giant bumblebee playing the cello, a 15ft doll reminiscent of Shirley Temple, a menacing skeleton, and a red jelly-mould hat are just some of the props cast in a supporting role to some of the most ravishing fashion photography you’re ever likely to see. Because as elaborate as these props are, they simply cannot detract from the striking images that feature them: a mixture of editorials, portraits and personal work.

Story Teller celebrates the past five years of Walker’s fashion photographs. Post graduation in 1994, Walker worked as a freelance photography assistant in London before moving to New York where he worked as a full-time assistant to Richard Avedon. On returning to England, he initially concentrated on portrait and documentary work for UK newspapers, and then at the age of 25, he shot his first fashion story for Vogue, and has photographed for the British, Italian, and American editions ever since.

Tim Walker on photography: ‘I think about a secret room. Nobody knows where the room is because it’s hidden at the top of a tower in a very old house. Even though I’ve been there before, I can’t always find it, but if my intentions are true and my mind is clear, I may well find myself walking up the same spiralling stone staircase that leads me up to the door, that leads to another door, and maybe another door … Sometimes the doors are locked, sometimes they are open. Once inside, the room itself is empty but upholstered floor to ceiling, wall to wall, in a deep black velvet. High up at the furthest corner from the door, there is a tiny rectangular window with a highly sprung, small black shutter that opens and shuts with a very loud CLAP!’

Fittingly, the show is being staged with support from British fashion brand, Mulberry, whose campaigns Walker has shot for the past four seasons.