We tell ourselves stories in order to live

We’ve always been a massive fan of Joan Didion’s writing. Many people associate the author with The Year of Magical Thinking, which garnered numerous accolades, including the Pulitzer Prize for Autobiography in 2005. But our favourite work is The White Album, written in 1979. Probably because we have such a fondness for California, but above all, because it’s a brilliant collection of American reportage knitted together with autobiography. Didion has such an instinct for detail, and her voice remains utterly unique in the world of contemporary journalism.

In the 1960s, the author was living in the Los Feliz area of Los Angeles, and these literary essays record cultural events and figures of the day, (alongside the writer’s ongoing psychological problems). She talks of Black Panther Party meetings, the Sharon Tate murders (Didion interviews one of Charles Manson’s followers in the book), a recording session with The Doors, musings on Georgia O’Keeffe, and a beautifully evocative description of the Hoover Dam:

We spent the afternoon in a world, so alien, so complete and so beautiful unto itself that it was scarcely necessary to speak at all. We saw almost no one. Cranes moved above us as if under their own violation. Generators roared. Transformers hummed. The gratings on which we stood vibrated. We watched a hundred-ton steel shaft plunging down to the place where the water was. And finally we went down to that place where the water was, where the water sucked out of Lake Mead roared through thirty-foot penstocks and then into thirteen-foot penstocks and finally into the turbines themselves.  “Touch it”, the Reclamation said, and I did, and for a long time I just stood there with my hands on the turbine. It was a peculiar moment, but so explicit as to suggest nothing beyond itself. 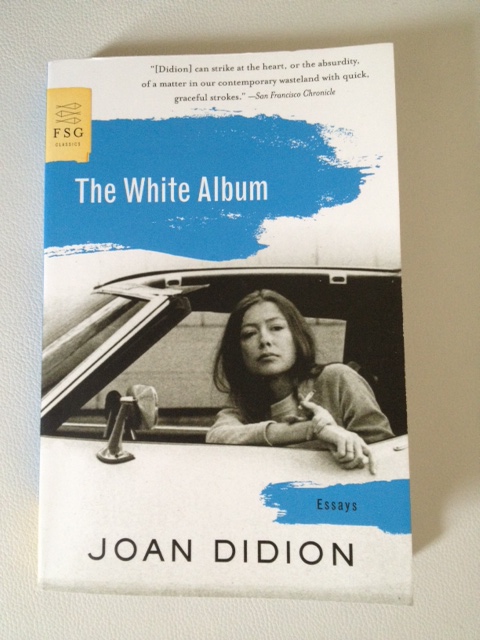 On her meeting with The Doors: There were three of the four Doors. There was a bass player borrowed from a band called Clear Light. There was the producer and the engineer and the road manager and a couple of girls and a Siberian husky named Nikki with one grey eye and one gold. There were paper bags filled with hard-boiled eggs and chicken livers and cheeseburgers and empty bottles of apple juice and California rosé. There was everything and everybody. The Doors needed to cut the rest of this third album. Except one thing, the fourth Door, the lead singer, Jim Morrison, a 24-year-old graduate of U.C.L.A. who wore black vinyl pants and no underwear and tended to suggest some range of the possible just beyond a suicide pact. 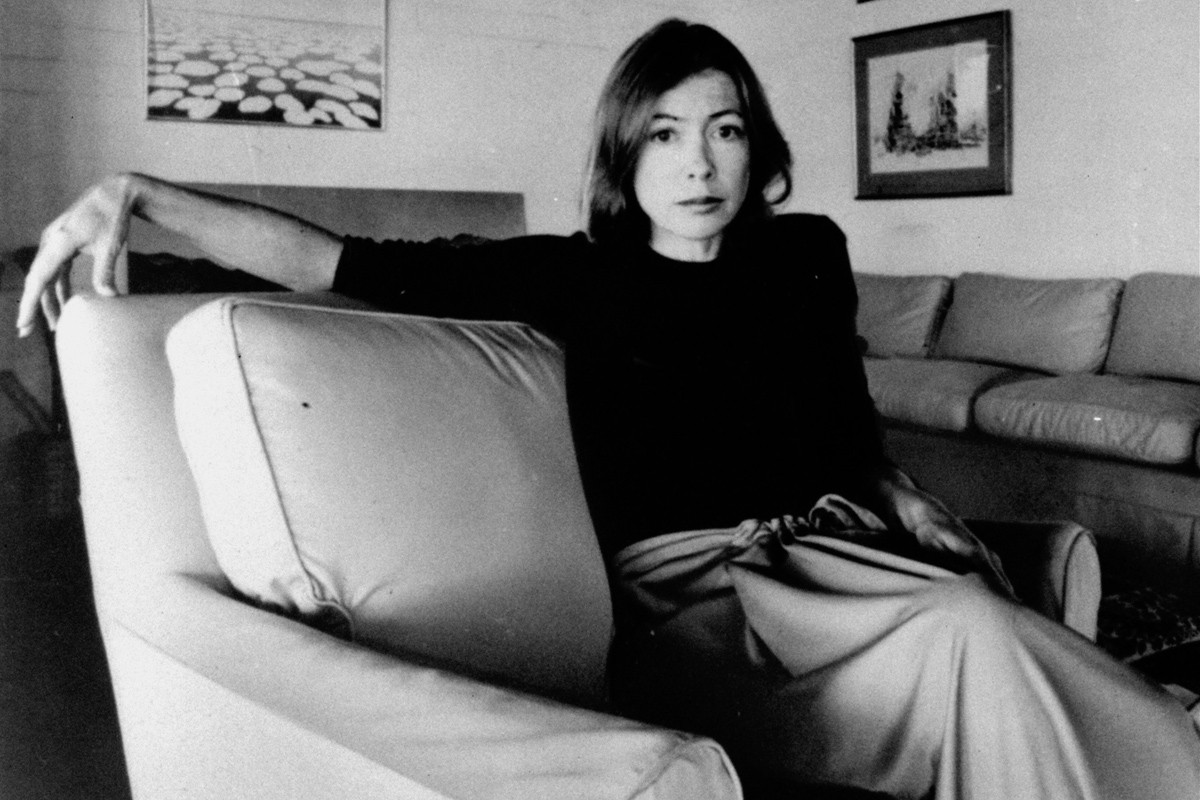 A Californian native, Didion was born in Sacramento, and during her senior year at the University of California, won first place in an essay competition. The prize was a job at Vogue magazine in New York. She worked her way up from a promotional copywriter to associate features editor, before becoming a freelance writer and moving to California.

The essays which make up The White Album previously appeared in Life, Esquire, The Saturday Evening Post, The New York Times and The New York Review of Books.

Didion is heavily influenced by Ernest Hemingway whose writing taught her the importance of the way sentences work within a text. Other influences include the writer, Henry James, whom she considered wrote “perfect, indirect, complicated sentences” and George Eliot.


An unforgettable delve into the mind of one of the most important pioneers of New Journalism.

Suggested reading: We Tell Ourselves Stories In Order To Live. To purchase visit our bookstore.