At Windsor Castle’s Drawings Gallery, The Queen: Portraits of a Monarch is a truly fascinating and rather lovely exhibition which presents a selection of official, commissioned and informal portraits from Her Majesty’s 60-year reign, including work by Cecil Beaton, Lucian Freud, Dorothy Wilding, Andy Warhol and Annie Leibovitz. 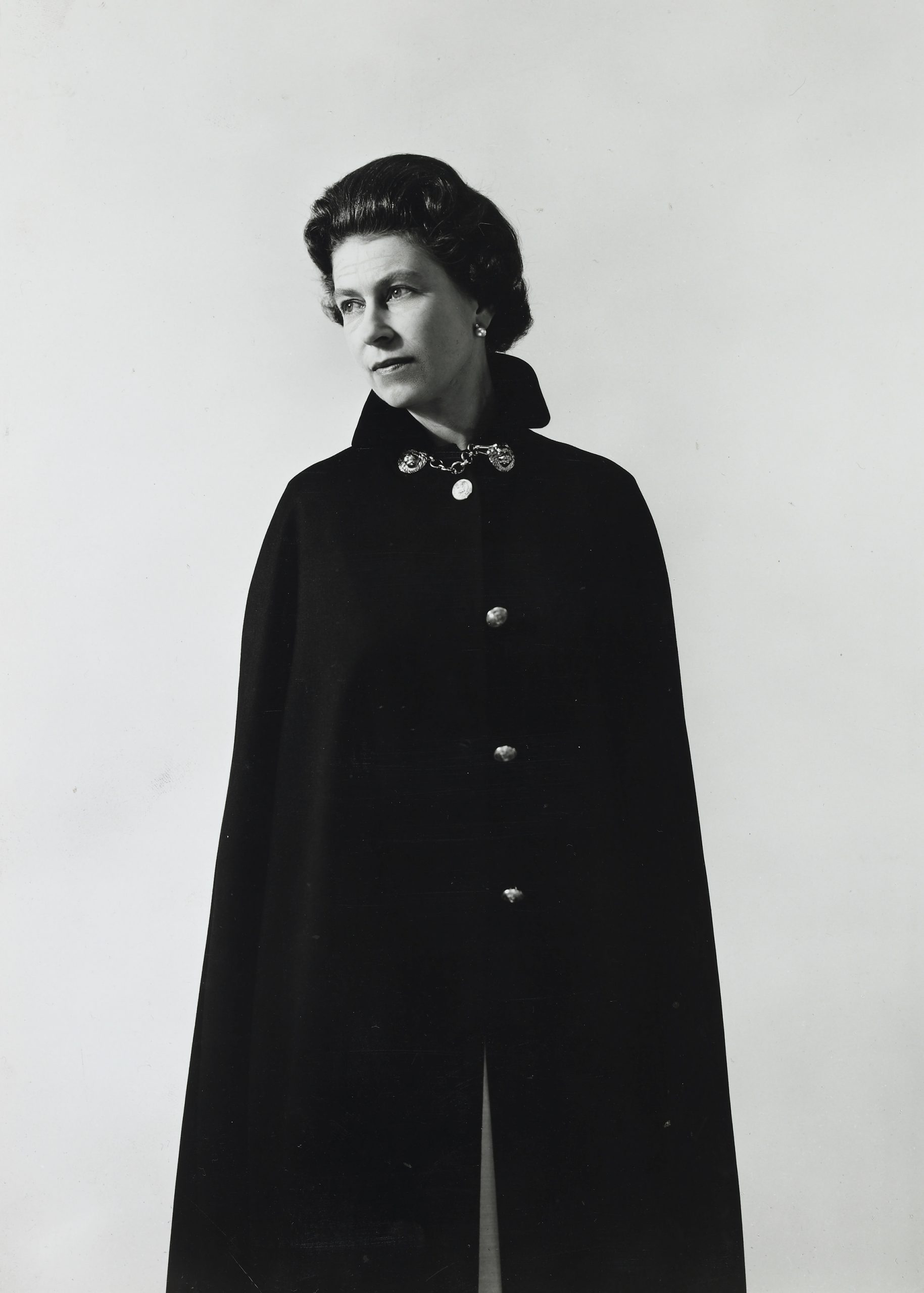 What makes this collection so enchanting, is that by the very nature of grouping the portraits together in this way, we can see just how differently the artists/photographers have chosen to depict not only the most famous woman in the world, but the most visually recorded person in history. Her image has appeared on coins, banknotes, sculpture, paintings, medals, seals, photography and film. In this exhibition we’re presented with the regal icon, the real woman: Elizabeth Windsor, and even the contemporary art Queen, staring back at us.

Cecil Beaton, the photographer to have shared the most enduring relationship with the monarchy over the years, shot this striking image of the Queen against a simple blue backdrop wearing an Admiral’s Boat Cloak in 1968. Beaton’s reason for the simplicity of the photograph: “There have been so many pictures of the Queen in tiara, orders and crinoline that I felt I must try something different.” I personally think that this stark and beautifully bold image of HRH is one of the most memorable.

British society photographer, Dorothy Wilding, was the first woman to be awarded a Royal Warrant as official photographer of a King and Queen at their coronation. Below is the Wilding portrait of the newly crowned Queen Elizabeth II that was used for a definitive number of postage stamps of Great Britain between 1953 and 1967, and a series of Canadian stamps in use from 1954 to 1962.

Lucian Freud compared painting the Queen to “undertaking a polar expedition.” The initial plan for the sitting was to have a canvas measuring 20 cms high thus requiring fewer sittings, but once Freud added the Diamond Diadem, the canvas had to be extended by 3.5 cms. But what is still so remarkable about this piece, is just how minute it appears in comparison to everything else in the exhibition. A portrait which has always strongly divided opinion: Arts & culture writer for The Times, Richard Morrison famously commented: “The chin has what can only be described as a six-o’clock shadow, and the neck would not disgrace a rugby prop forward.” Another critic simply described it as “a painting of experience.”

Andy Warhol once stated that he wanted “to be as famous as the Queen of England”. His reworking of Peter Grugeon’s official photograph of the Queen for the Silver Jubilee – here in a series of multiple brightly coloured pop art images – shows HRH as a blatant product of consumerism. But nevertheless, Warhol’s four screenprints sitting side by side in all their glorious jewel tones, are a jubilant sight to behold.

The Queen: Portraits of a Monarch at the Drawings Gallery, Windsor Castle runs from Friday 23 November 2012 to Sunday 9 June 2013.

CELLOPHANELAND* were guests of Windsor Castle and The Royal Collection.