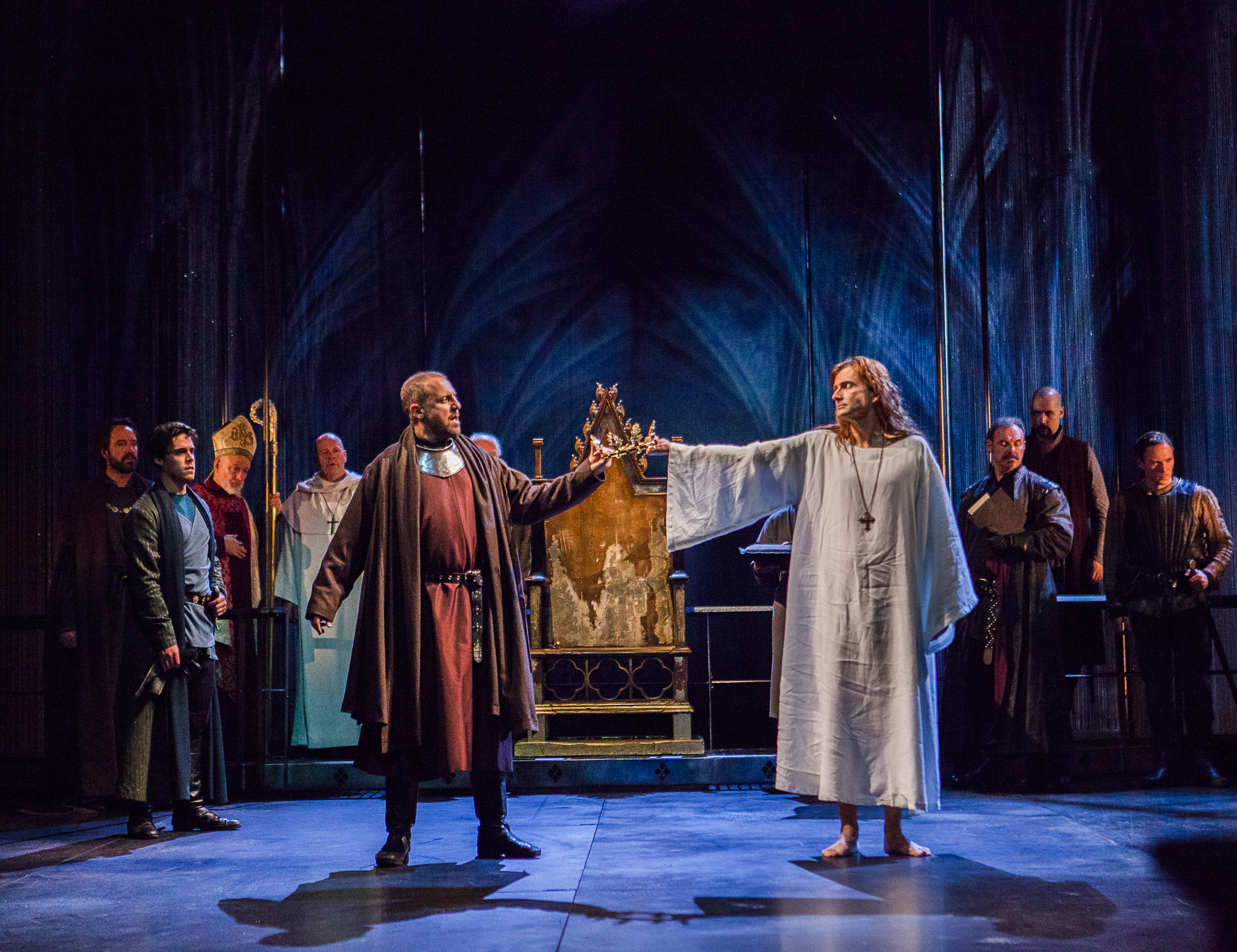 Much has already been written about David Tennant’s headlining portrayal of Richard II over the last few weeks: playing the vain king as a ‘medieval pop star’ or a ‘casual hippie.’ And what about those glorious long lustrous locks? The production is a complete sell out at the RSC, Stratford, and pretty near as dammit at the Barbican where the run continues; quite rightly it’s the hottest theatre ticket of the moment. The good news is, if you haven’t been able to get a ticket, you will still have the chance to see Richard II at your local cinema: on 13 November, it will be the first ever RSC play to be broadcast live as part of the Live from Stratford-upon-Avon Season.

Director of the RSC, Gregory Doran, will be staging Shakespeare’s entire works over the next six years and has promised to ‘make every play an event.’ It is Doran’s aim to bring the allure of Shakespeare back into classrooms, into cinemas and online. He has certainly begun with a bang.

Oddly the first thing we notice about David Tennant is not his dramatic flowing brown weave, but his glossily painted nails, and the camp manner in which he cradles his sceptre. He looks effeminate, slightly bored, and at times his speech is glib. In the first half of the play, his whole performance is laced with a knowing charm, sliding down the scales of despair as the quest to usurp the throne gains momentum. He plays Richard II not as a hero, but as a poetical king who believes that as a king, he is chosen and guided by God and as a result, is not subject to human frailty. This is a dream role for Tennant which he pulls off with aplomb. He is so adept at moving from the comic to the tragic in the blink of an eye.

This is a rock solid production with an intriguing twist. Tennant, now in his fourth season with the RSC, is joined by such theatrical doyens as Michael Pennington (Gaunt) and Oliver Ford Davies (York).

Richard II will be broadcast live on 13 November. Please check with the RSC for participating cinemas.