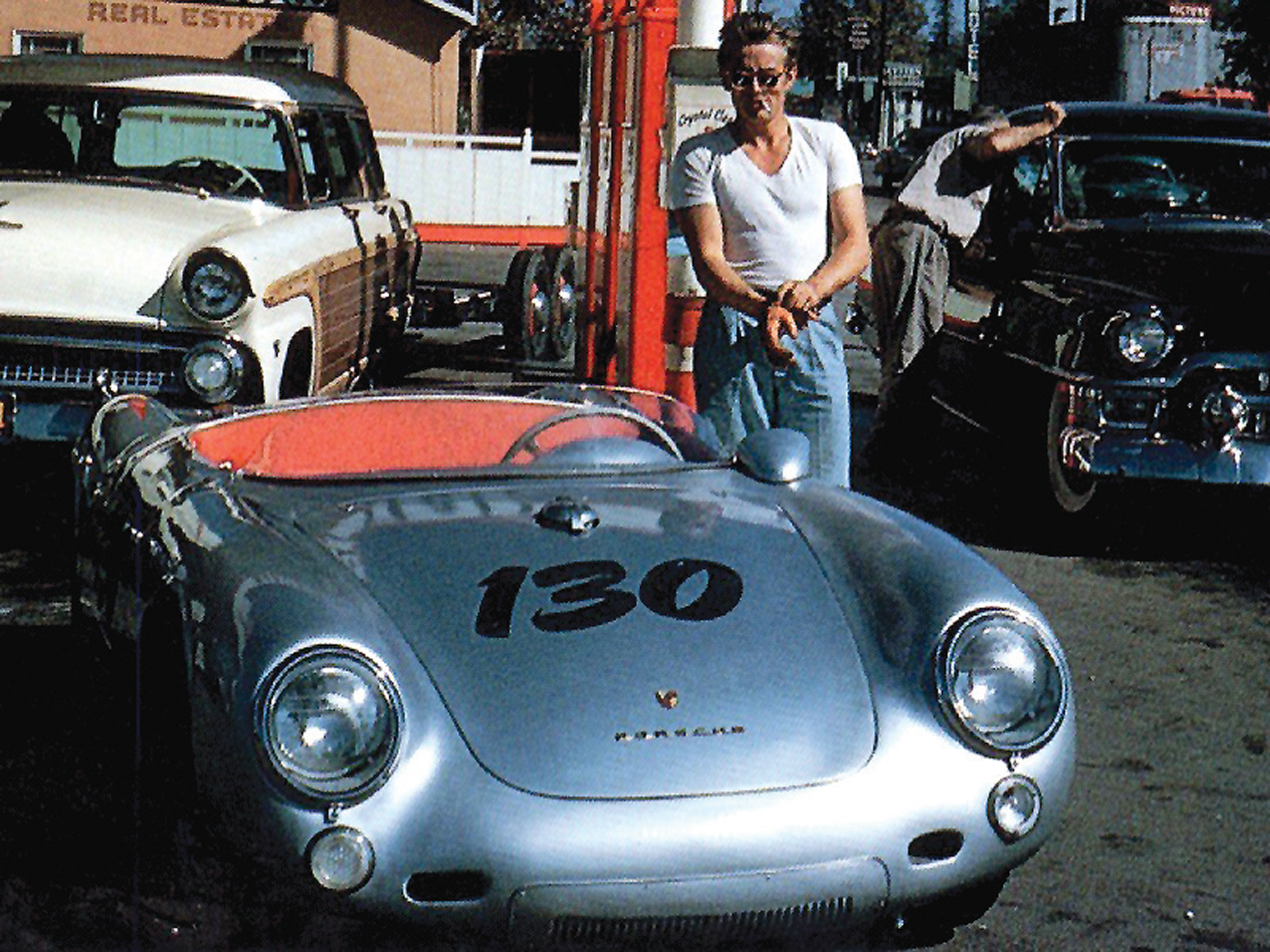 This was the nickname which James Byron Dean gave to his 1955 Porsche 550 Spyder. He purchased the ‘Little Bastard’ new from Competition Motors in Hollywood just as he was wrapping up the filming of Giant. Even though the actor was a novice racer, he was a fully fledged petrol head and had already experienced moderate success at competitions in Santa Barbara and Bakersfield in his former Porsche Super Speedster, but decided it was time to trade in for a new model.

During the filming of Giant, June to mid-September 1955, Warner Bros. had barred Dean from racing, so he was eager to enter the upcoming Salinas Road Race event scheduled for 1-2 October. Dean had customised the number 130 in black non-permanent paint on the hood, doors and rear deck lid, including the name ‘Little Bastard’ in script across the rear cowling. (He’d been given the nickname ‘Little Bastard’ by his voice coach on the set of Giant).

On 23 September, he ran into actor Alec Guinness outside the Villa Capri restaurant in Hollywood, and asked him to take a look at the Spyder. Guinness thought the car appeared ‘sinister’ and told Dean “If you get in that car, you will be found dead in it by this time next week.” An incredibly odd if not odious thing to say, but seven days later, the Spyder did indeed carry Dean to his death.

On September 30, Dean and his mechanic Rolf Wutherich, were on their way to the race in Salinas. Dean was driving west on U.S. Route 466 (later State Route 46) east of Cholame, San Luis Obispo County, when a 1950 Ford Custom Tudor coupe, driven by a student of California Poly, moved to take the fork on State Route 41 and crossed into Dean’s lane. The two cars hit almost head-on. The student survived as did Wutherich, but Dean was pronounced dead upon arrival at nearby Paso Robles War Memorial Hospital.

The intersection of Highways 41 and 46 was dedicated as the James Dean Memorial Junction, as part of the commemoration of the 50th anniversary of his death in 2005. Recently we were driving towards Paso Robles, so decided to visit the memorial. It’s still a frighteningly busy highway and the roar of the traffic doesn’t make this a peaceful stop, even with the idyllic pasture dotted with cows and mountains stretching way off into the distance. But it’s touching to see the black sunglasses, beads and various Porsche ephemera left from people around the world, paying their respects to an actor who was surely destined for greatness.

For further information on James Dean and his passion for fast cars please visit: www.jamesdean.com