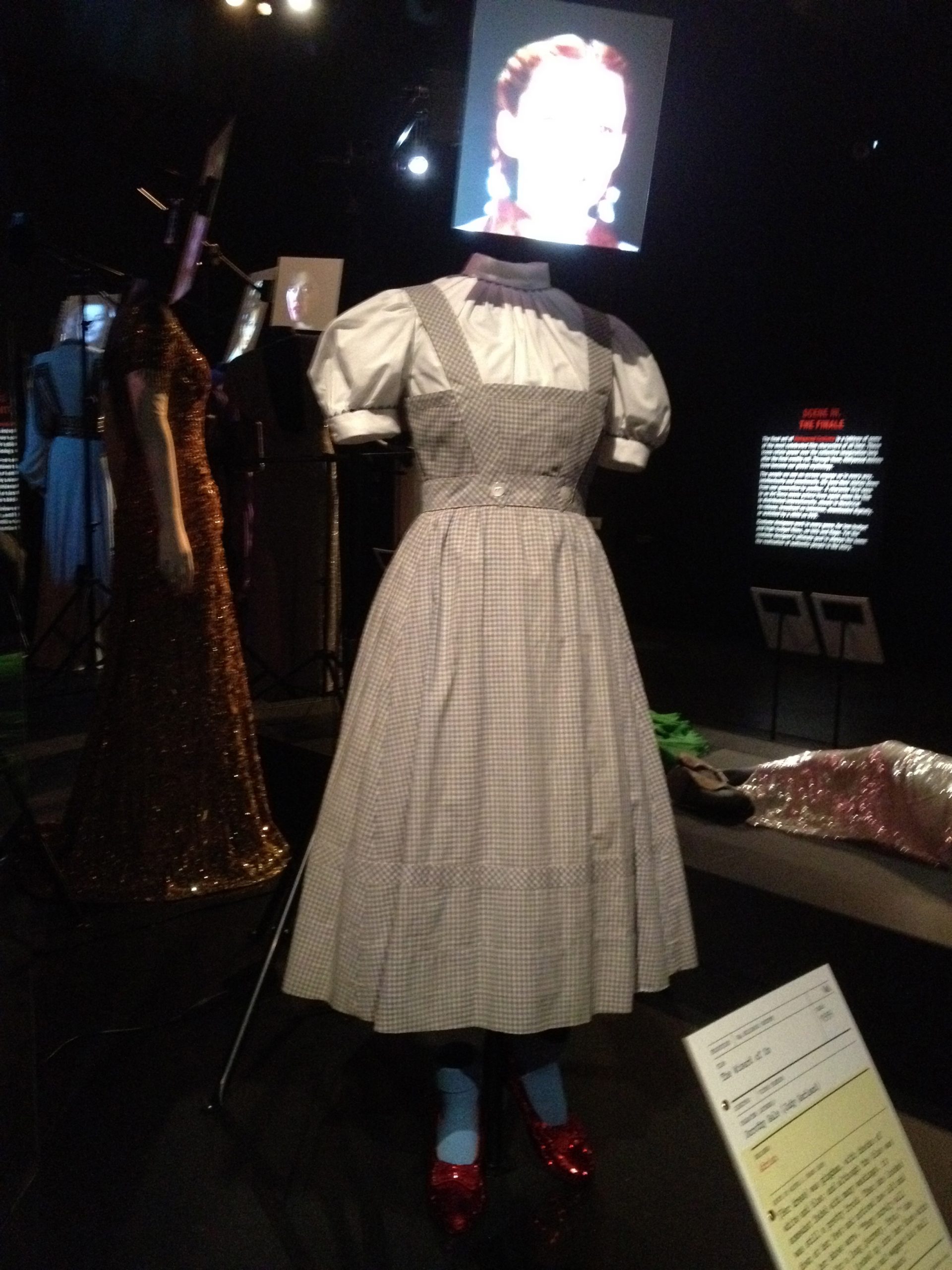 Hollywood Costume – a new exhibition which opens tomorrow at the V&A – brings together a spectacular selection of iconic costumes representing a century of Hollywood cinema. From the Golden Age right through to the present day, it charts the central role of costume design in storytelling.

Five years in the making, this is no ordinary costume exhibition (think static mannequins in a neat row). Rather, it uses experimental media, film, music and lighting to great dramatic and emotive effect. Matt black staging, studio lighting and quite brilliant animation have been employed to lend a real sense of theatre and focus to enable the realisation of each screen character.

Think of your favourite personality in movie history and chances are, they will be featured here. From Dorothy’s blue and white gingham pinafore dress designed by Adrian for The Wizard of Oz to Scarlett O’Hara’s green ‘curtain’ dress designed by Walter Plunkett for Gone With The Wind, to the little black dress designed by Hubert De Givenchy for Holly Golightly in Breakfast at Tiffany’s. And of course, not all the most memorable costumes have been dresses. There’s the 3-piece white suit worn by John Travolta as Tony Manero in Saturday Night Fever; Harrison Ford’s Indiana Jones: Raiders of the Lost Ark ensemble; Robert De Niro’s checked shirt and blue jeans in Taxi Driver; the latest Batman and Spider-Man suits and the black armour of Darth Vader. There’s even Jeff Bridges mocha-coloured dressing gown, worn by The Dude in The Big Lebowski.

That’s the neat thing about Hollywood Costume; it doesn’t just focus on the show stopper costumes, it covers the more subtle outfits, too. So you’ll be spellbound by the gorgeous ruffles, pearls and bejewelled splendour of Cate Blanchett’s dress in Elizabeth I: The Golden Age, but you’ll also see much blander outfits as worn by Jake Gyllenhaal and Heath Ledger in Brokeback Mountain. 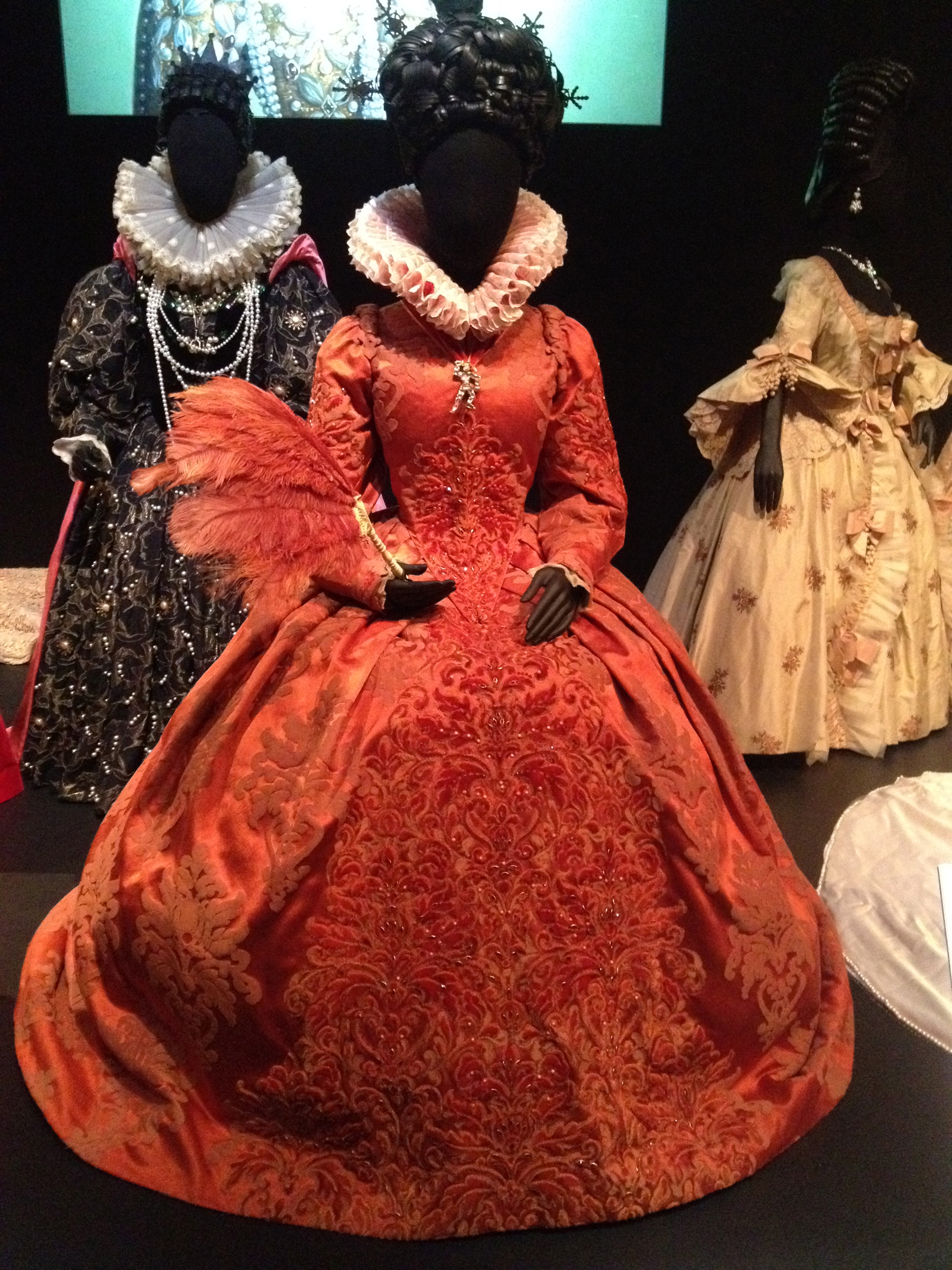 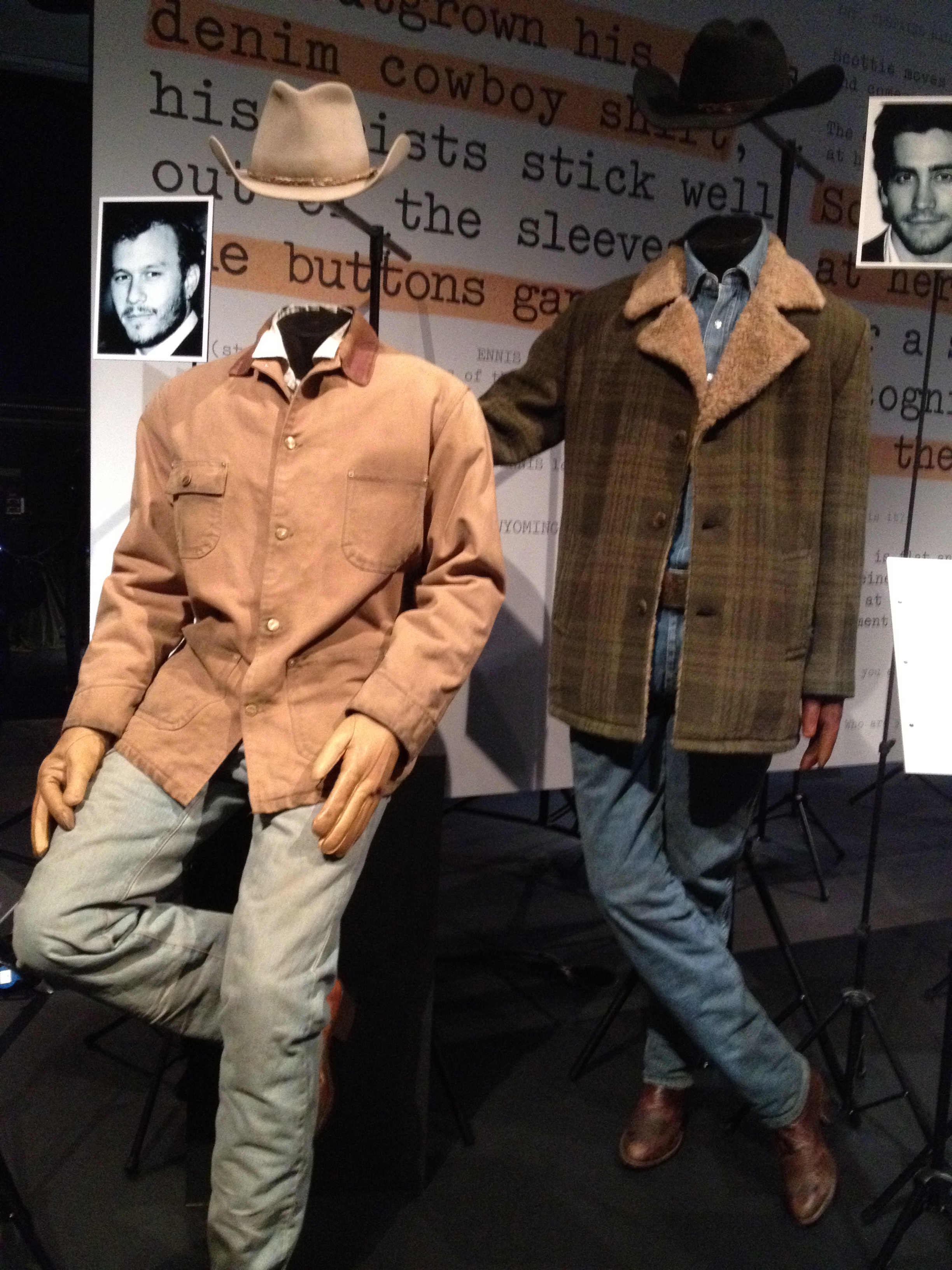 Hollywood Costume is not about fashion or glamour; it’s about how these working garments contribute to character development, how they support the narrative, and most importantly, how they help to create credibility on screen. The exhibition consists of three rooms: Scene I, II and III. In Scene I, visitors learn the art of character construction. Sketches, designs, screenplays, annotated scripts, comments, quotes and references shows how a character is brought to life. In this room, there’s a fascinating deconstruction of Indiana Jones. What does the hat, bullwhip, leather jacket (when he seems to spend most of his time in hot climates) and boots really say about Indy? 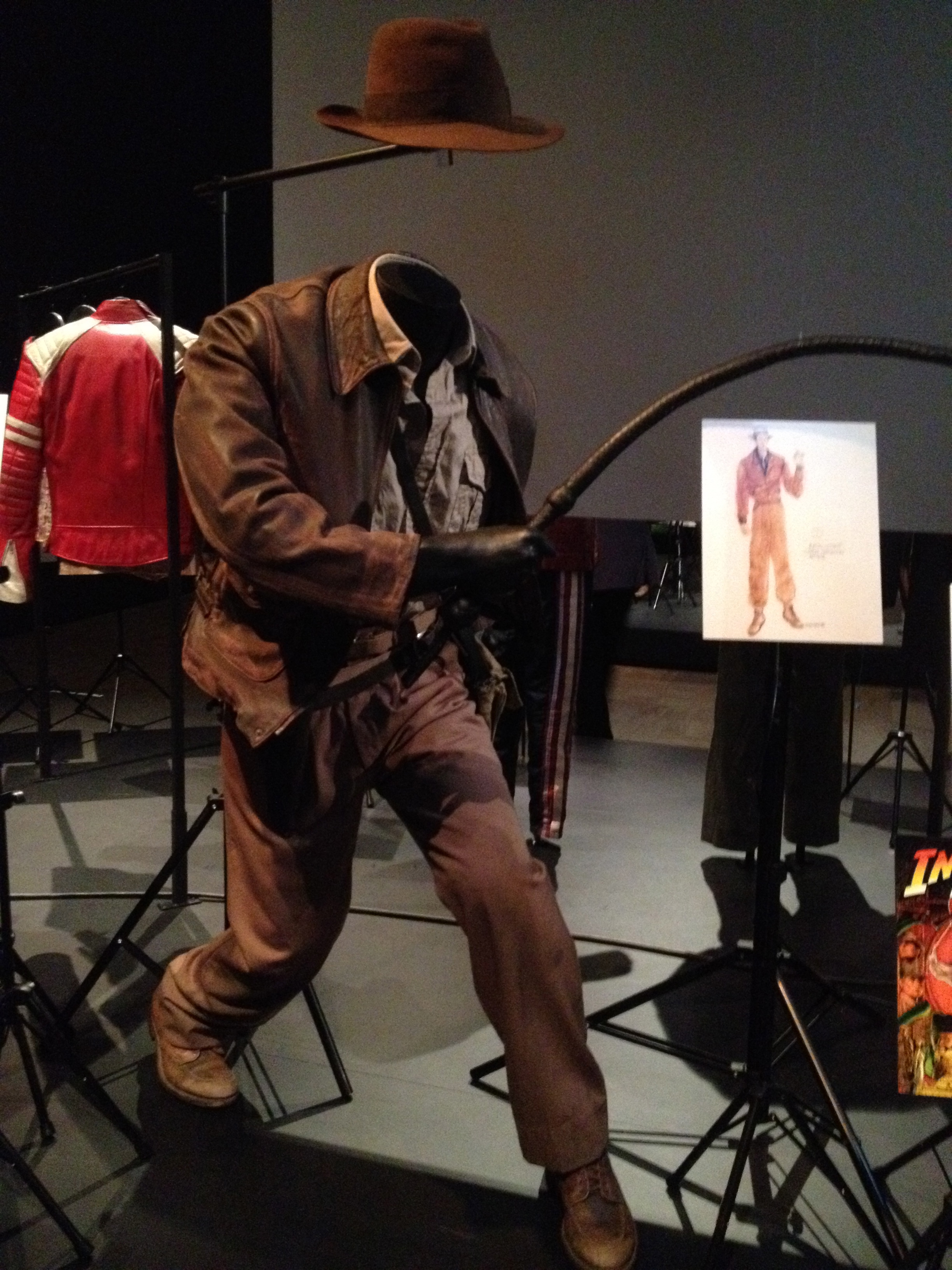 Scene II examines the role of screenplay, the creative collaboration between filmmakers, costume designers and actors in the development of a character. This room was truly captivating. As curator, Deborah Nadoolman Landis, explained “We’ve done more than simply deconstructing the costumes and putting notes on stands, we’ve actually brought the directors, costume designers and the actors into the museum”. We see legendary designer Edith Head and Alfred Hitchcock discussing Tippi Hedren’s costume from The Birds. This, cleverly staged around the actual costume. Flat panel screens set into chair backs display the conversations, which are in turn positioned around a table that shows projected images, so the visitor is fully engaged at all times; it’s almost like being given the ability to eavesdrop on the conversations that happen off set. 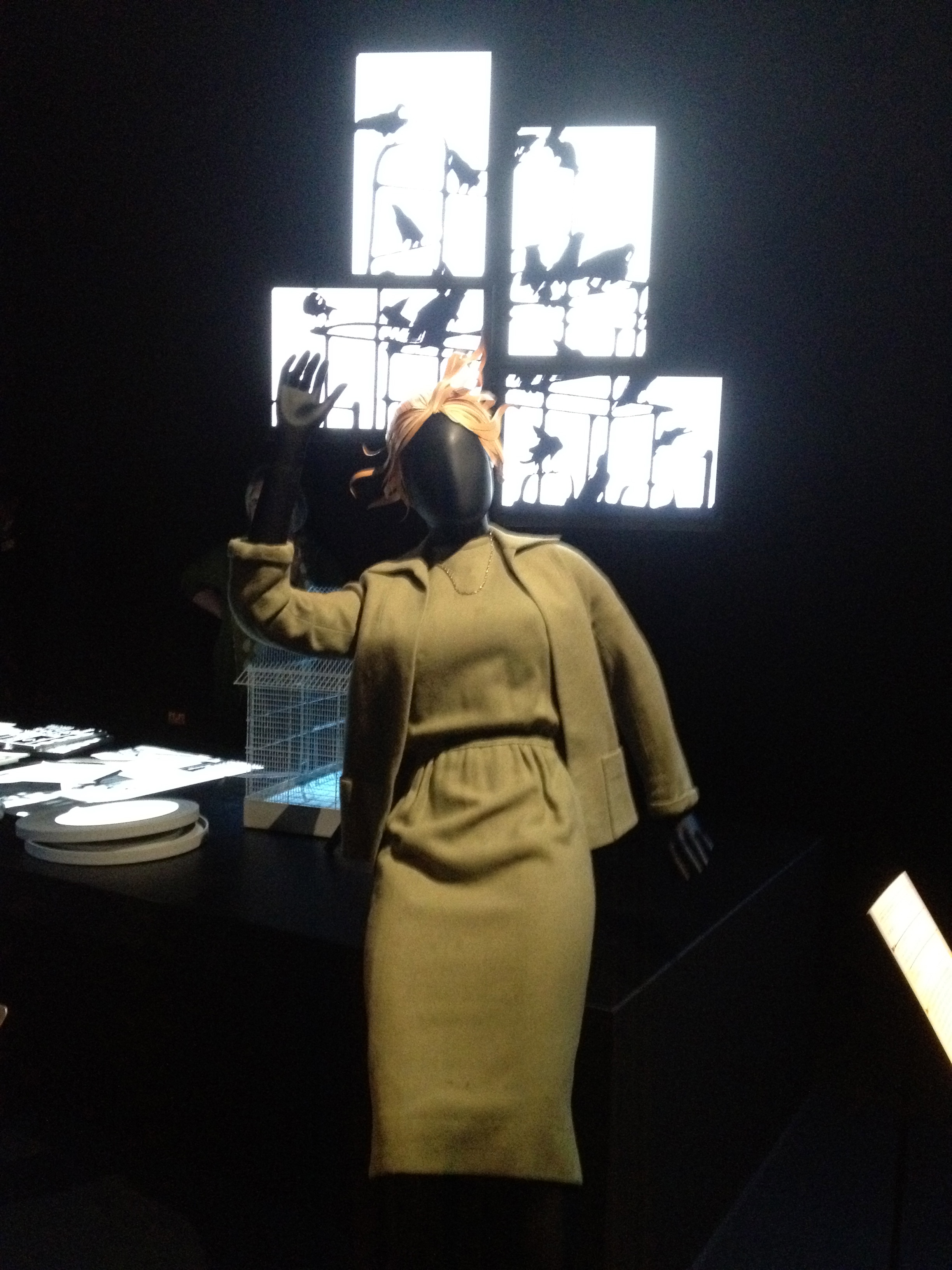 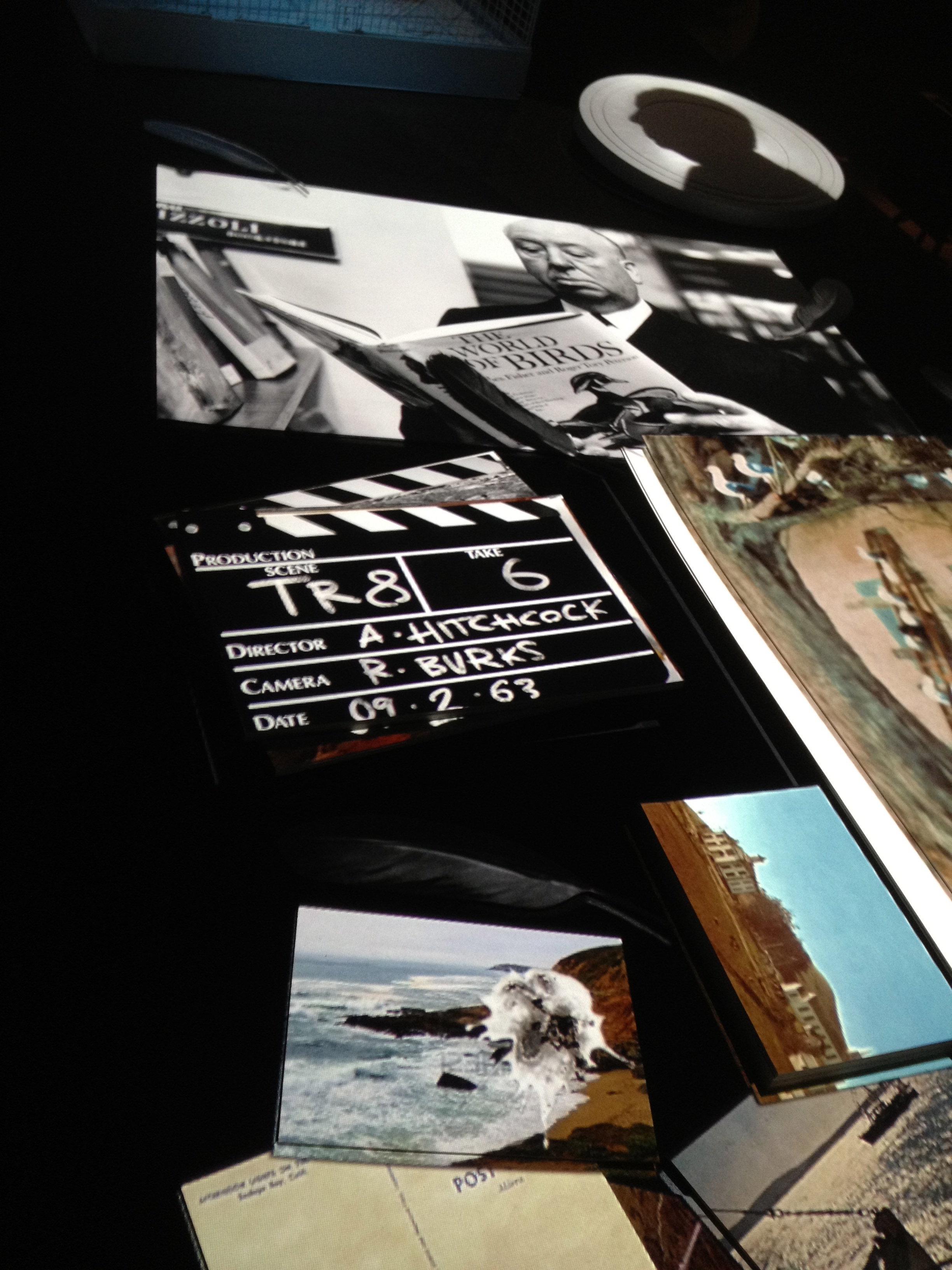 Scene III is the grand finale. A lavish celebration of 50 of Hollywood’s most iconic divas, femme fatales, heroes and villains. Please do remember to look up when in this room; there are superheroes lurking in all corners, and at all heights! 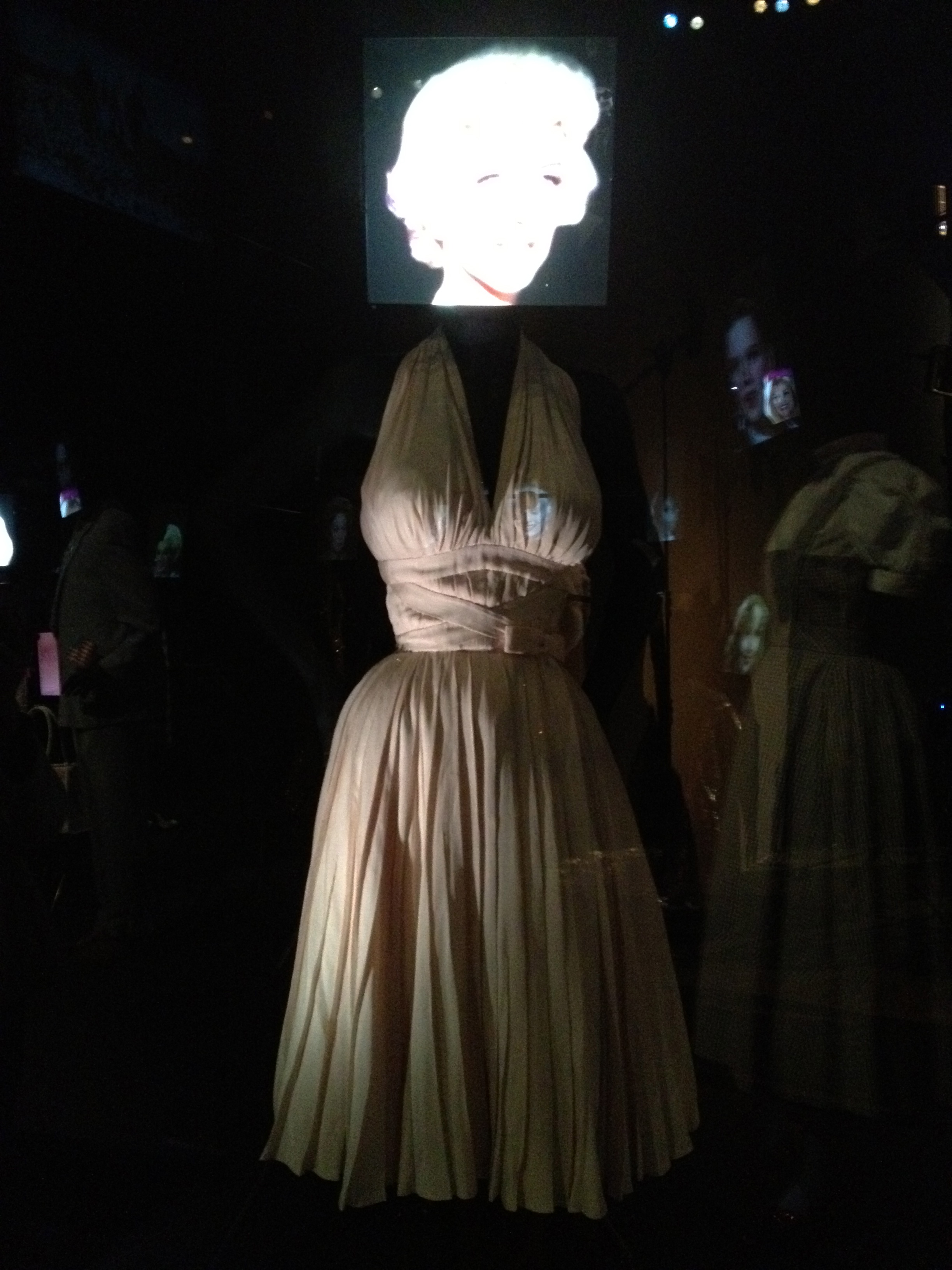 The last exhibit you will see before exiting is of course, the most iconic accessory of all: The Ruby Slippers. This pair (one of only four original pairs) is on a generous four week loan from the Smithsonian’s National Museum of American History, Washington D.C. It is the first time a pair of Ruby Slippers has left America, and it is the first time the slippers have been reunited with Dorothy’s dress, since the original filming. Most surprising of all: they are actually a deep garnet colour; it was the magic of technicolor that resulted in their bright ruby red appearance on the yellow brick road. 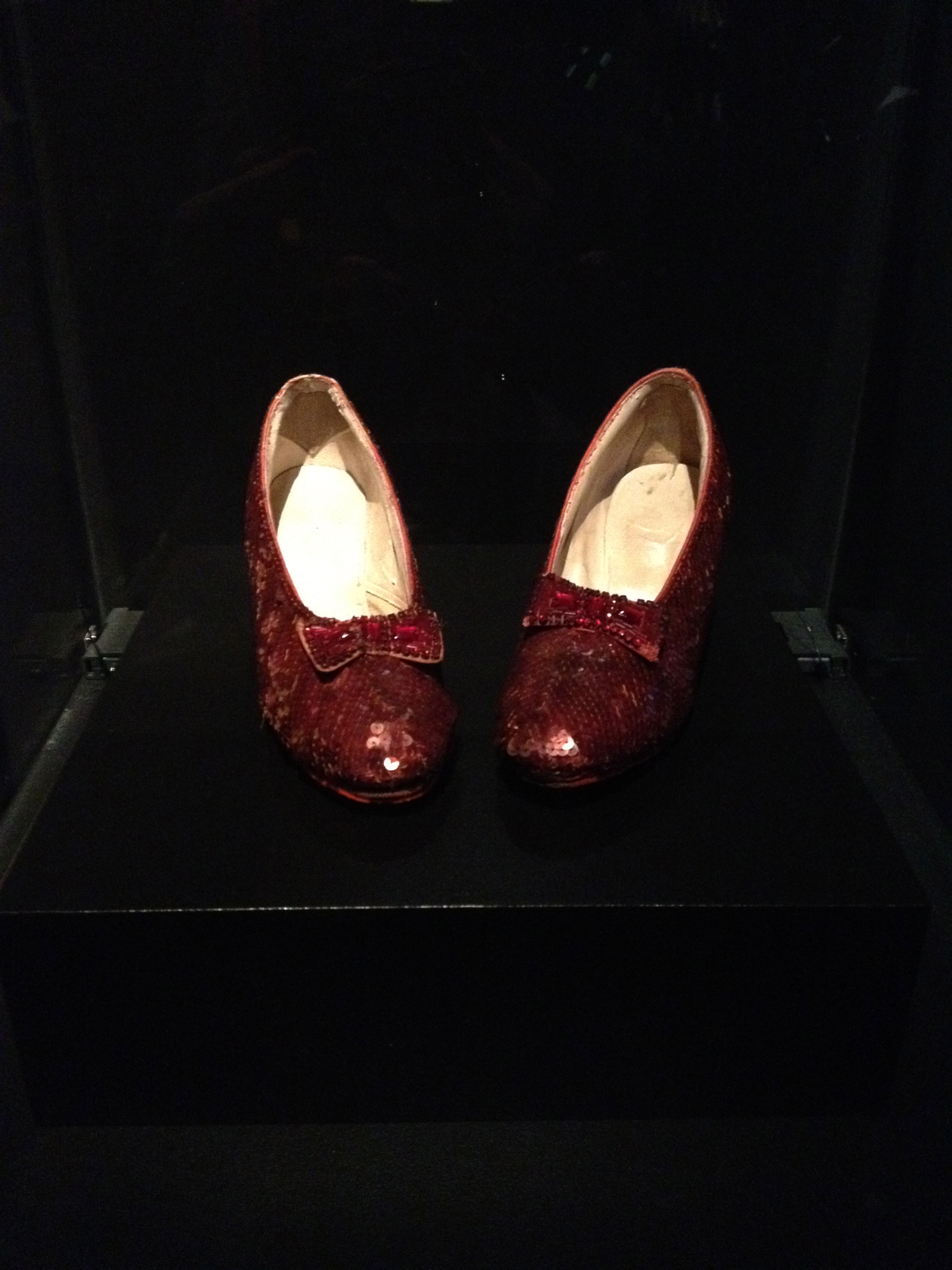