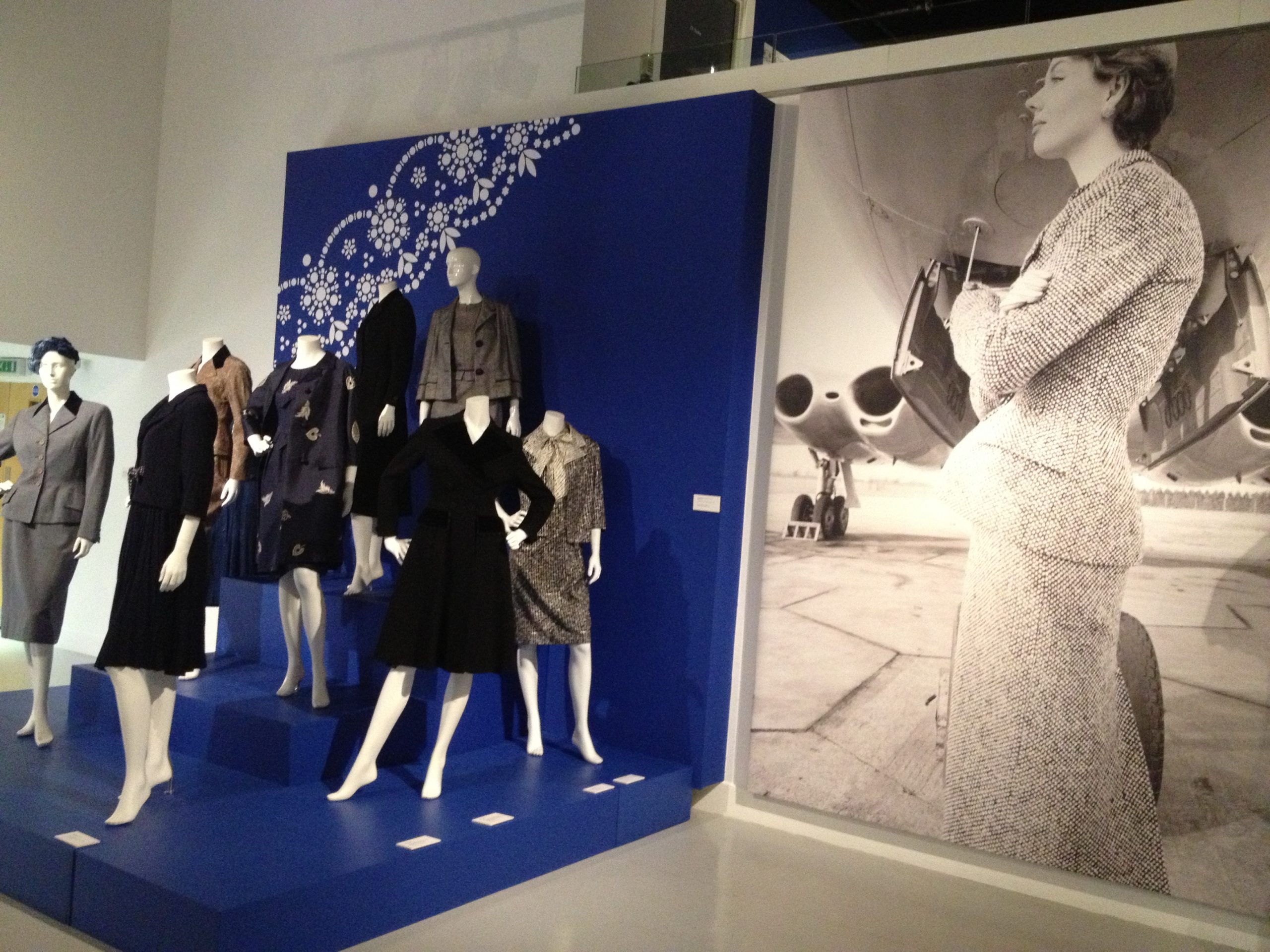 Hartnell to Amies: Couture By Royal Appointment, now showing at the Fashion and Textile Museum, is a fascinating and rather lovely retrospective of London couture, examining the impact of royal celebrity on 20th century British fashion. The beautiful collection – assembled here to coincide with the Queen’s Diamond Jubilee year – demonstrates how the Queen’s patronage of British designers such as: Norman Hartnell, Hardy Amies and Frederick Fox, helped to establish London as an international fashion centre after the Second World War.

What we particularly love about this exhibition, is that the fashion is complemented by the most captivating Norman Parkinson photography.

Hartnell to Amies: Couture By Royal Appointment begins with the opening of Norman Hartnell’s first salon in 1923. Having designed the Queen’s wedding dress in 1947 and the Coronation dress in 1953, Hartnell set the standard for generations to come. There are several examples of the glamorous and romantic evening wear embellished by Hartnell’s famous in-house embroiderers, including the silk satin wedding dress, below, which was inspired by a Botticelli painting in the National Gallery. 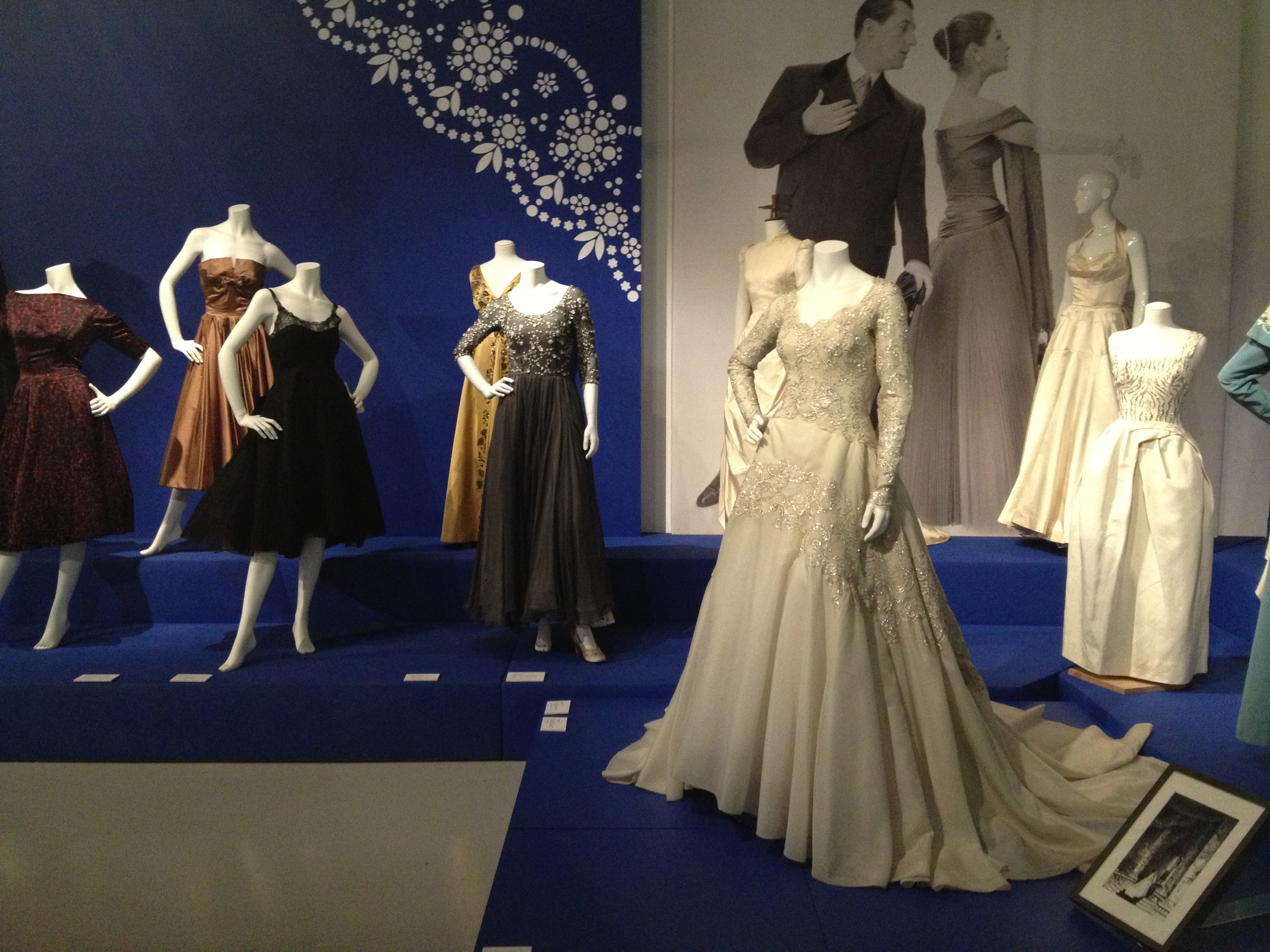 Sir Hardy Amies’ (see here our previous blog on a behind the scenes visit to the Hardy Amies archive) career began as a designer at Lachasse. Christian Dior’s New Look was emerging and by 1951 Princess Elizabeth had ordered from Amies, and as Queen Elizabeth II, did so for the next five decades. Below is a Hardy Amies design; this particular one for Prince William’s christening in 1982. The description reads: A formal afternoon ensemble of a sleeveless pale blue spotted chiffon coat worn over a dress in matching fabric. Hat draped in matching fabric with feather trim. 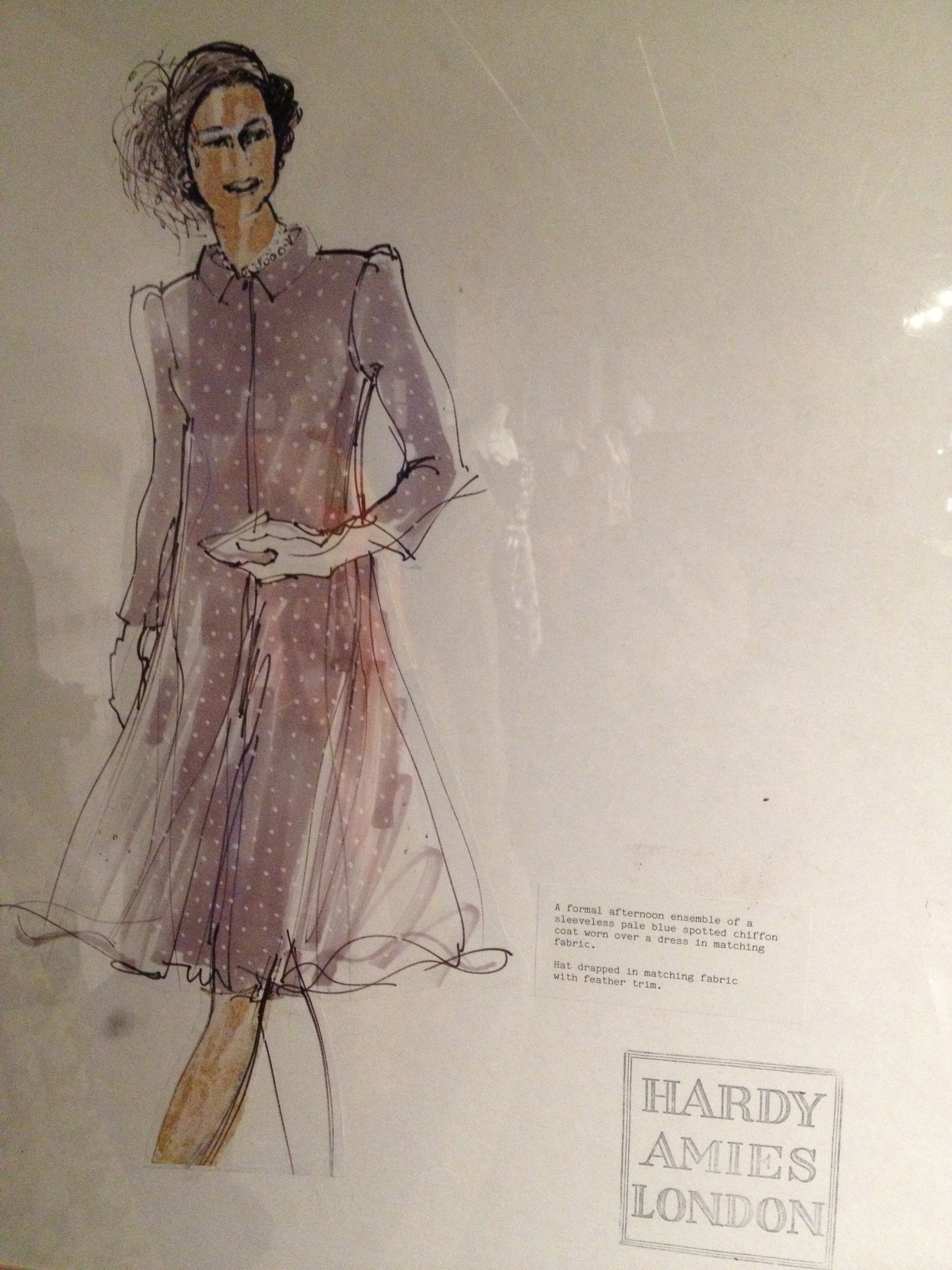 The milliner’s role in London couture is explored through the work of  Australian-born designer Frederick Fox. There are 30 hats on display and we were thrilled to see one of our personal favourites included: the theatrical pink silk crepe hat made for The Queen’s Silver Jubilee in 1977. Here we see it presented with the original block showing the final stage of creation. 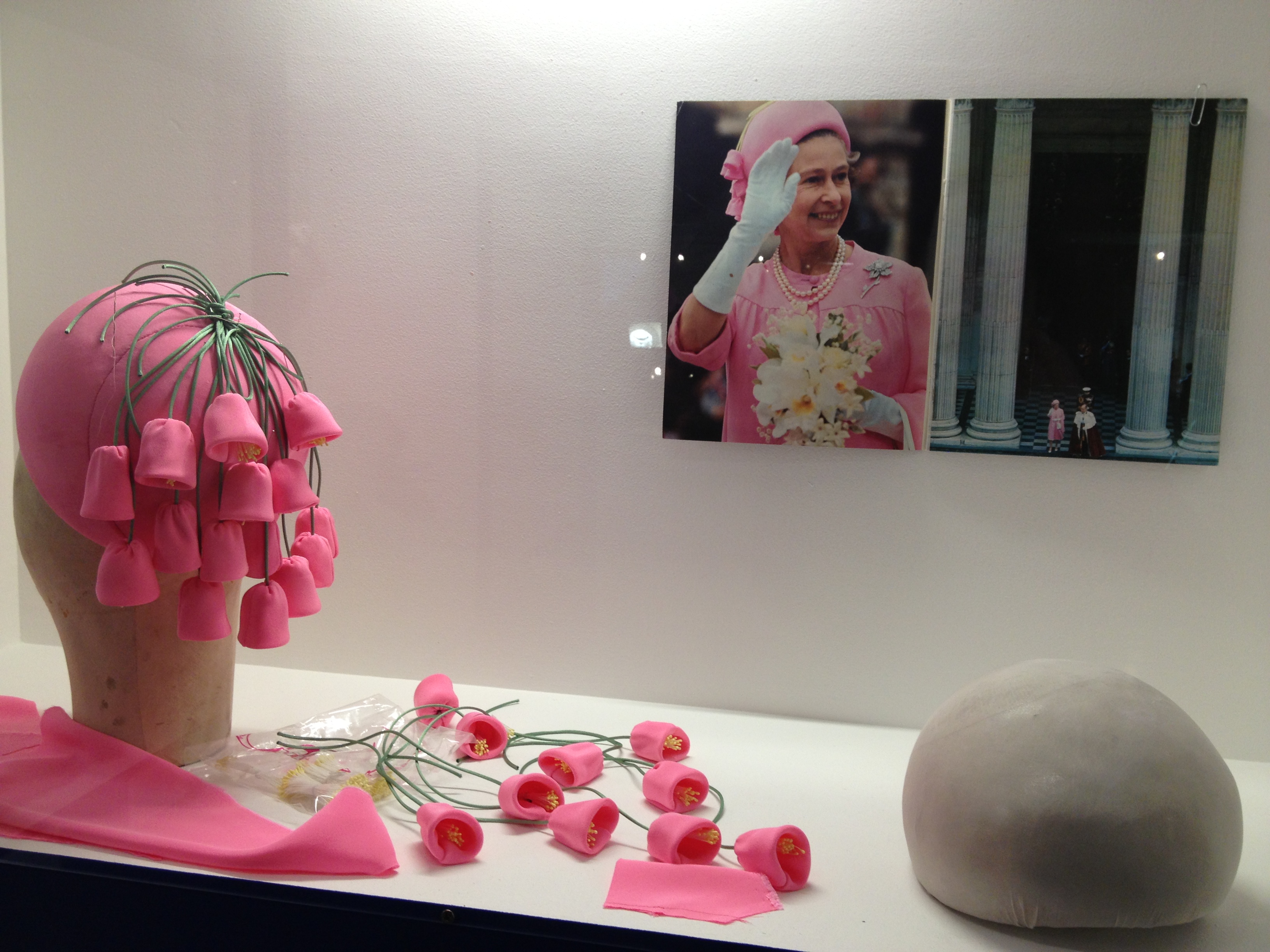 With more than 50 examples from private lenders on display, this is a rare opportunity to see close-up the consummate skills of Hartnell, Amies and Fox in dressmaking, tailoring and millinery. A sight to behold.