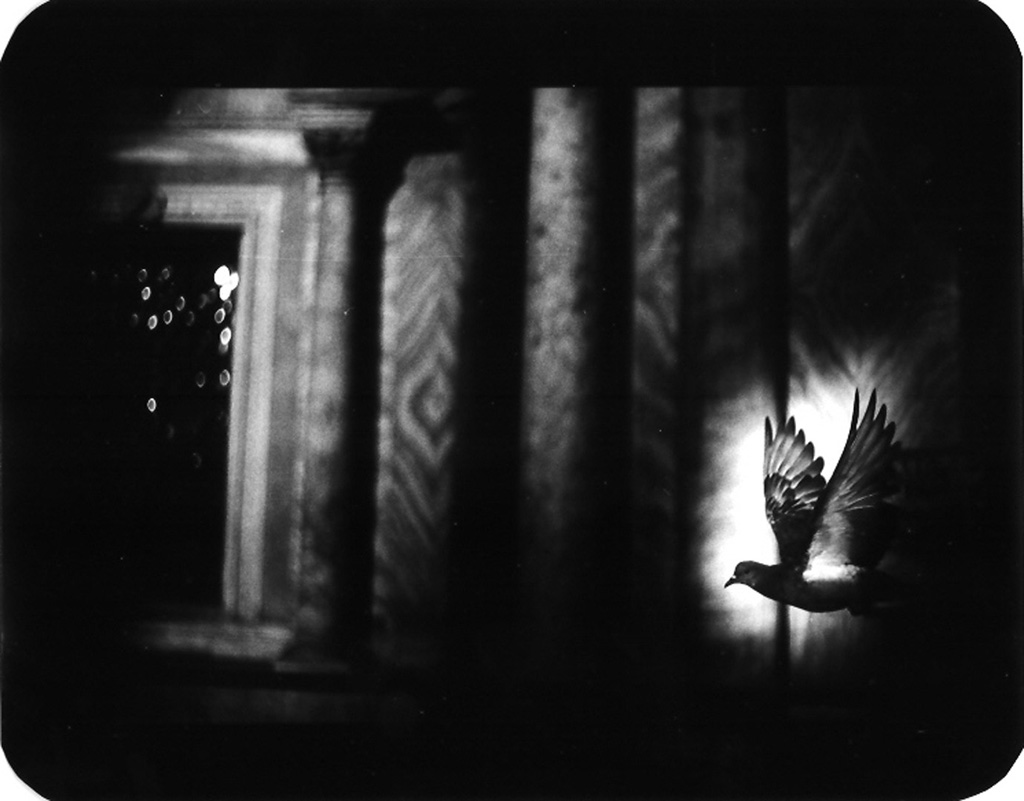 A duck attacks the lens, a dog snarls at the camera, and a toad lies dead in the road. In his own truly unique way, Giacomo Brunelli pictures animals unlike any other photographer today. Typical wildlife photography is very much of a kind – candid images taken with long lenses, one imagines the result of hours of patient waiting . It is worthy and pretty but not very, how shall I say, exciting. Brunelli on the other hand records his animal subjects by approaching them provocatively and from unusual angles.

He not only takes his photographs very quickly, and almost instinctively, but frequently from very close up indeed. We are invited into a different place – where animals are not just neat text book images, but as they really are in, what is essentially, a human world. We somehow can empathise more with their experiences, understand their fears and see their problems. Can we perhaps feel their animalistic urban angst?

Often working in the early morning he exploits the low light, shadow and contrast. Locations are backyards, streets, small villages, fields and farms. Hopping on his bicycle, he will frequently work in the streets and parks local to his Wimbledon home.

We have been fortunate enough to view the work of Giacomo Brunelli at two exhibitions. He has been commissioned by The Photographers Gallery to create a series entitled Eternal London. Using his distinct film-noir style he created a unique and evocative view of the capital and its famous landmarks. This excellent show finishes very shortly whilst Animals, at the wonderful little Oxfordshire space – High House Gallery – only opens this week.

The artist will be present on Thursday 24 April 2014 for an evening preview event from 6-8pm.

Giacomo Brunelli – Eternal London is on until 27 April 2014 at The Photographers Gallery, 16 – 18 Ramillies St, London W1F 7LW and thereafter by appointment with the sales department.