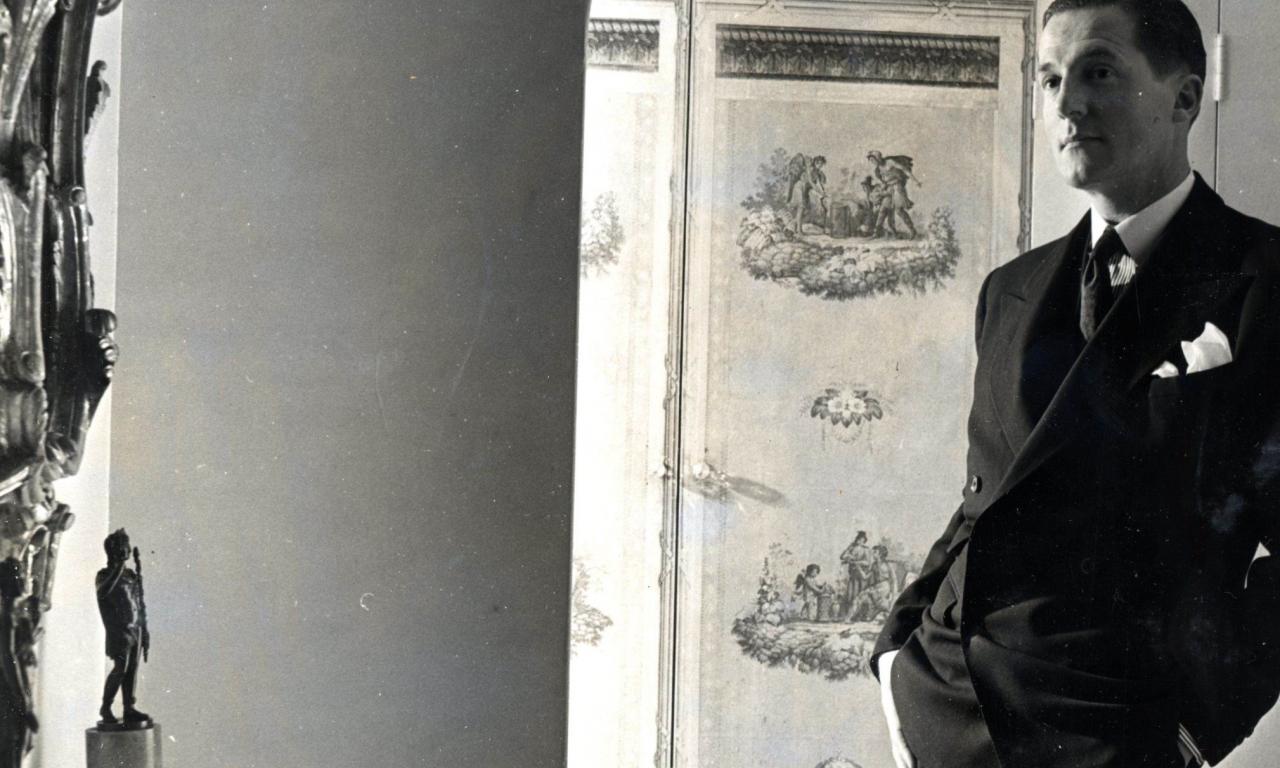 To coincide with the 100th Anniversary of the birth of Sir Hardy Amies, Royal Dressmaker to HM Queen Elizabeth II, the house of Hardy Amies has opened its extensive and until now, largely unseen archive to the public for the first time ever. No.14 Savile Row, London, has been home to the most internationally successful English couture house since 1945 and now members of the public have been granted a rare insight into the life and work of the revered and glamorous designer whose career spanned seven decades.

The Hardy Amies Archive & Museum houses one of the most comprehensive fashion archives with thousands of original sketches, vintage swatches, gowns, film costume designs and beautiful fashion photography. The opening exhibit, Sir Hardy Amies: A Century of Couture is homage to Sir Hardy Amies, the man and the brand with material capturing all elements of his life. The hand-painted Chinese silk wall coverings, grand staircase and beautifully appointed archive with its chocolate-coloured walls, is testimony to the elegance of the man who was undoubtedly the king of Saville Row.

A Royal Coat of Arms proudly displayed above one of the doors, is a reminder of his long association with Royalty. Dozens of previously unseen sketches of Princess, and later Queen Elizabeth II, are on display. Princess Elizabeth and her sister Margaret first visited Saville Row in 1950 and in 1955 Hardy was appointed the royal dressmaker, establishing the monach’s crisp, understated style of dress. Hardy once said “The Queen is not mastered by clothes; she is the master and wears her clothes accordingly.”

Alongside mannequins draped in exquisite suits and gowns, there are many of the designer’s personal photographs, letters, diaries and books on display, including his beautiful writing desk.

Although a designer for women, Hardy Amies was equally as happy designing for men. In 1964 he published the ground breaking The ABC of Men’s Fashion. He also caused a sensation in the fashion world when he dropped the waistband on men’s trousers! He launched his premier menswear show at the Savoy Hotel in 1967. It was the first of its kind, as until then, music had never accompanied a catwalk show.

His illustrious list of clientele included not only royalty and aristocrats but Hollywood stars too. As well as the Queen, the Astors and Ronald Reagan, Sir Hardy Amies designed for Peter Sellers, Ava Gardner, Ginger Rogers, and David Hockney. In the early 60’s Hardy began designing for the screen dressing Patrick Macnee for the cult TV show The Avengers and designed the entire wardrobe for Stanley Kubrick’s 2001: A Space Odyssey.

Receiving a knighthood in 1989 and living to the grand old age of 93, Hardy was once asked how he would like to be remembered, “As somebody,” he said, with a haulty grin. “And that ‘somebody’ is with a capital S.”

Further information on tours of the archive can be found at: www.hardyamies.co.uk

CELLOPHANELAND* were guests of Hardy Amies.