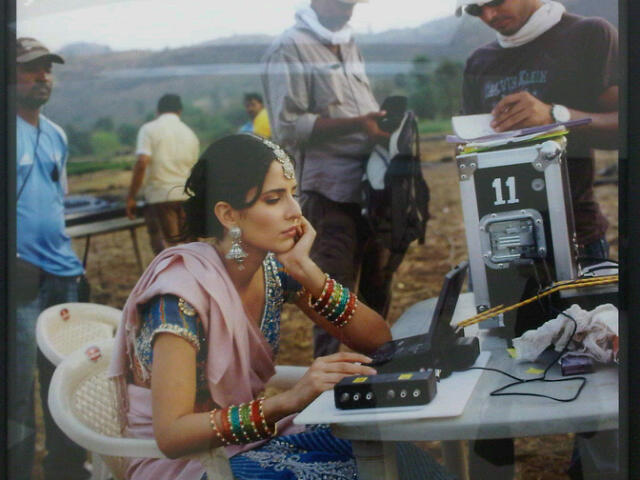 It’s well worth a visit to the Saatchi Gallery to see the Women Changing India collection of photographs commissioned by Magnum. The exhibition focuses on the roles that women undertake in Indian society today, based around a number of themes that highlight their cultural and geographical diversity.

Our favourite section of this collection examines women’s growing stature within the film industry. Working in film used to be considered unsuitable for women of good families and even roles written for women in the silent era were famously played by men. By the 1930s attitudes began to change and as a result, more respectable roles were written for females. But up until the 1970s, regardless of acting ability, they were still pretty much used for their decorative on-screen value.

The story for women behind the camera wasn’t much better but moving on to the 1980s this began to change and now there are several leading female directors in the industry. In fact the entry of women into mainstream filmmaking (whether as actors, directors, camerawomen, gaffers, technicians or scriptwriters) has significantly increased. Leading contemporary director Farah Khan has often spoke about Bollywood being a great leveller: “I believe we have true democracy in the film industry. How I wish this applied to the rest of the country as far as women are concerned.”

Women Changing India at the Saatchi Gallery, runs until 29 September 2011.