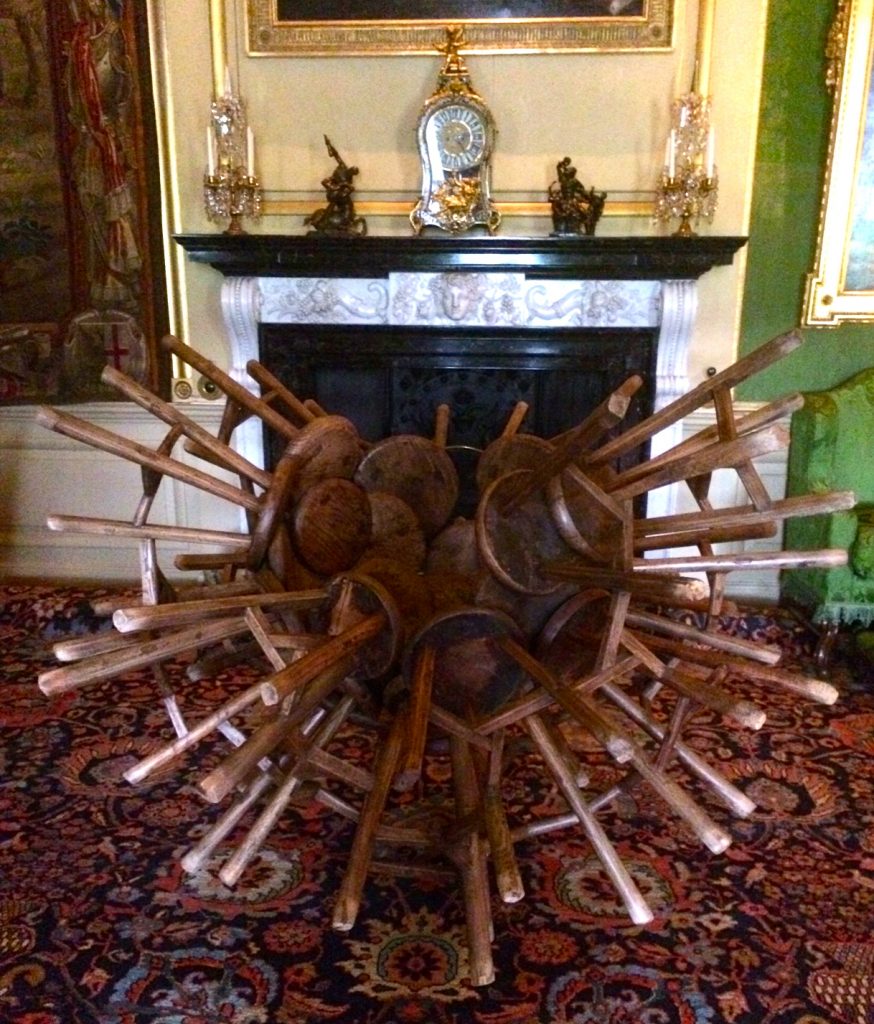 Ai Weiwei at Blenheim Palace is the inaugural exhibition of the Blenheim Art Foundation and one’s first instinct is that these are strange bedfellows. Ai is of course a strongly anti-establishment figure, deeply mistrusted by the Chinese authorities he has been regularly arrested or jailed whilst even now he is under house arrest, his passport confiscated. On the other hand the stately Blenheim Palace is a symbol of the aristocracy, as well as the home of Sir Winston Churchill, one of the very pillars of British Society.

This juxtaposition of this irreverent joker and political activist with the heart of establishment Britain is of course the genius of the show. Nowadays it is not lost on wealthy titled land-owners that in the modern-day there is a fine line to be walked between historical anachronism and valuable heritage. It is exhibitions like this that allow the likes of the current 11th Duke of Marlborough, Lord Spencer-Churchill, some apparent self-critical analysis, whilst adding valuable funds to the coffers, helping shore up their slowly crumbling stately piles.

With Ai Weiwei stuck at home in China this exhibition was amazingly put together using a combination of plans, 3d imagery and extensive collaboration, the artist never having visited the site. Mightily impressive it is too both in scope – over fifty works – imagination and scale. Works are dispersed throughout the house and gardens, part of the enjoyment being to spot the unlabelled ‘impostors’ amongst the ornate interiors. Almost seamlesslessly old is combined with new, East with West and opulence with bling. 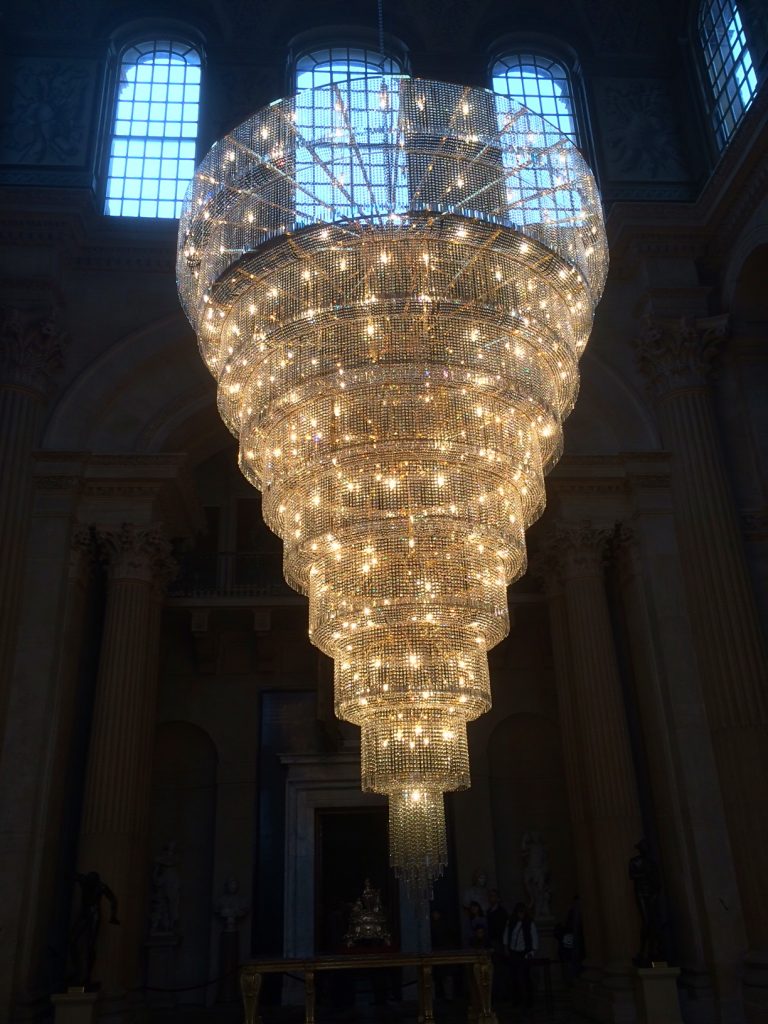 The fun starts immediately upon entering the main house. A seventeen foot chandelier hangs from the vast baroque ceiling and looks remarkably at home. Ai is immediately questioning us – should not all his works be seen to sit on an equal cultural and aesthetic footing as all the incumbent pieces? 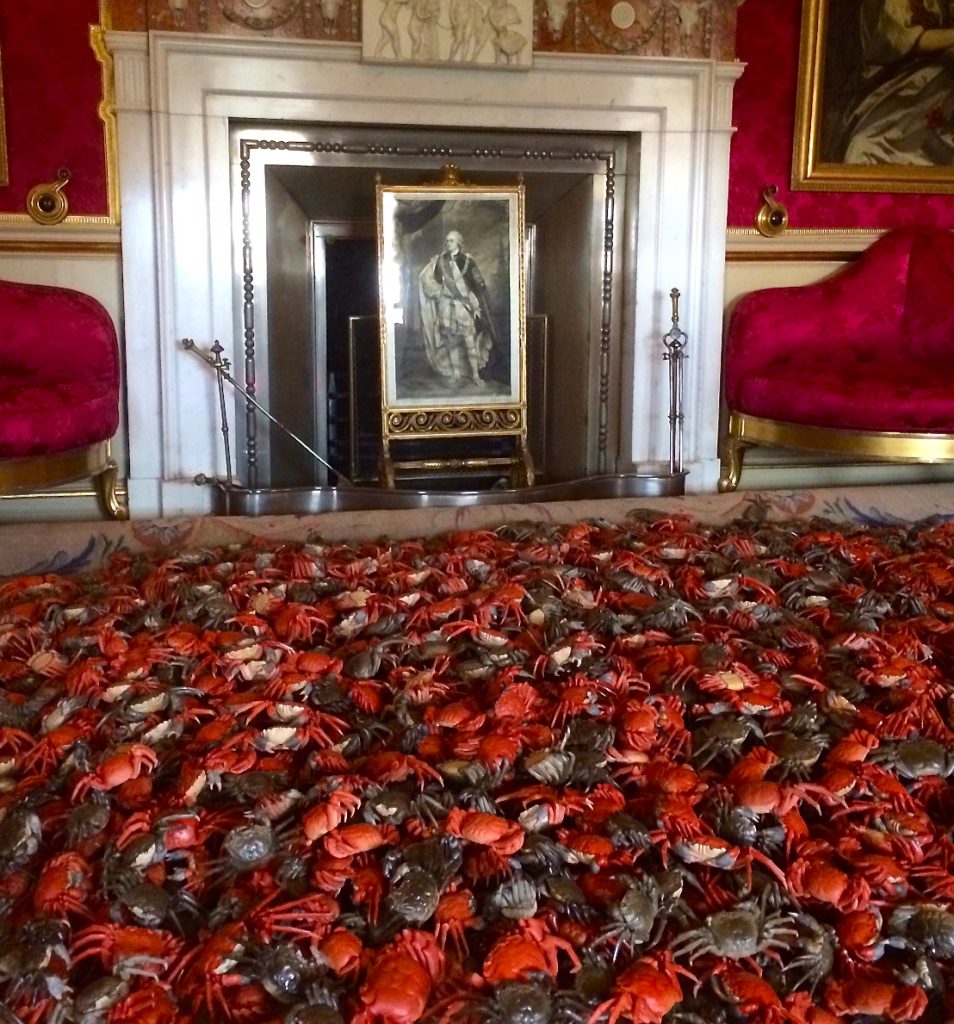 In the Red Drawing Room, a sea of porcelain crabs sit in front of the fireplace, each carefully hand made. In the Green Drawing Room ancient Han vases, each been painted in a different gaudy metallic car-body colour, sit ironically surrounded by Blenheim’s own ornate china collection. 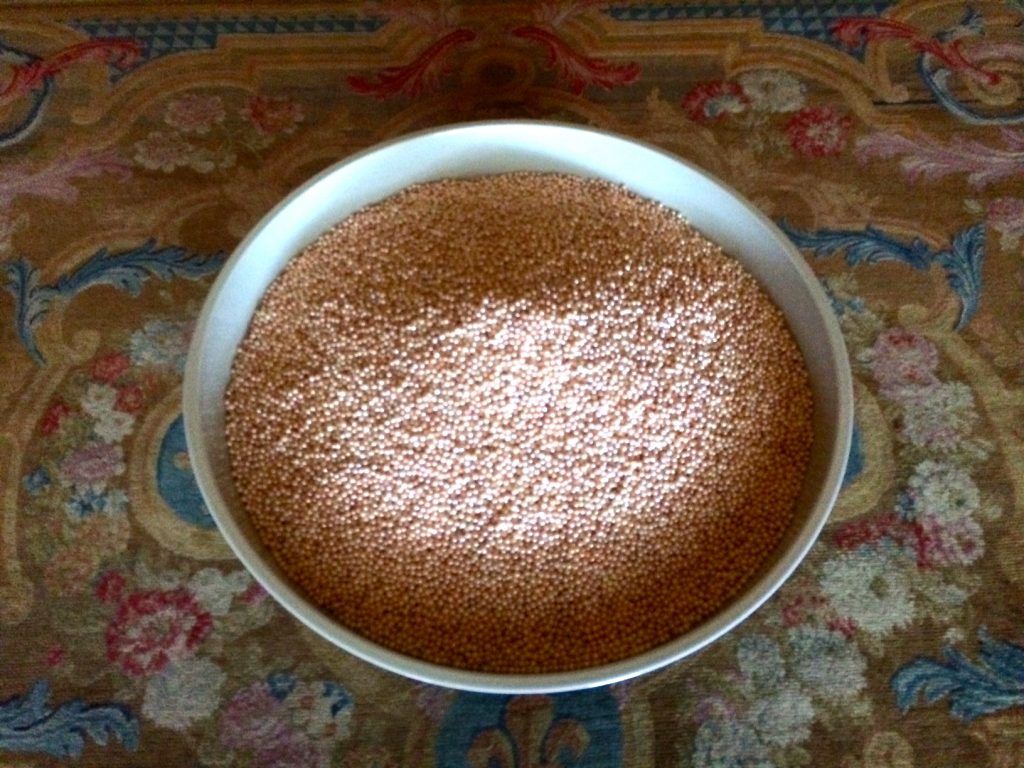 In the First State Room is a wooden map of china carved from the wood of demolished Qing temples. A bowl of 250kg of freshwater pearls sits in a giant rice bowl in the centre of the Boulle Room right opposite a gold-crested casket by Louis XIV’s cabinetmaker. 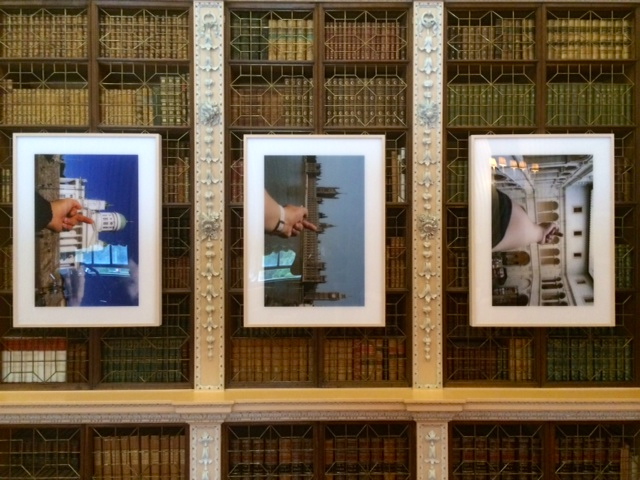 In the library, for example, Ai’s Study of Perspective series shows that he has never been afraid of taking on the establishment. Dating back to the Nineties these are snapshots of the artist sticking his middle finger up at worldwide symbols of influence, from Big Ben to St Paul’s and Eiffel tower to super-yacht. 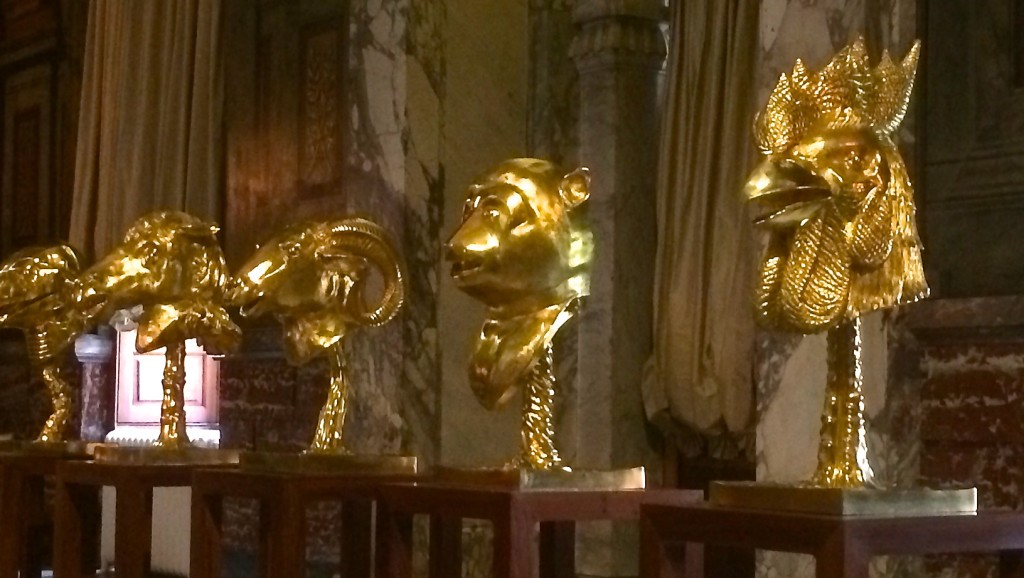 In every room the tapestries heirlooms and paintings are interrupted by his provocative Duchampian installations. Golden zodiac heads are impressive in the Salon, his marble surveillance camera watches over us in the library, Han vases with Coca Cola logos sit in the Great Hall where we find ourselves walking upon Soft Ground – a 45 metre long custom woven rug that replicates a muddy cart track. 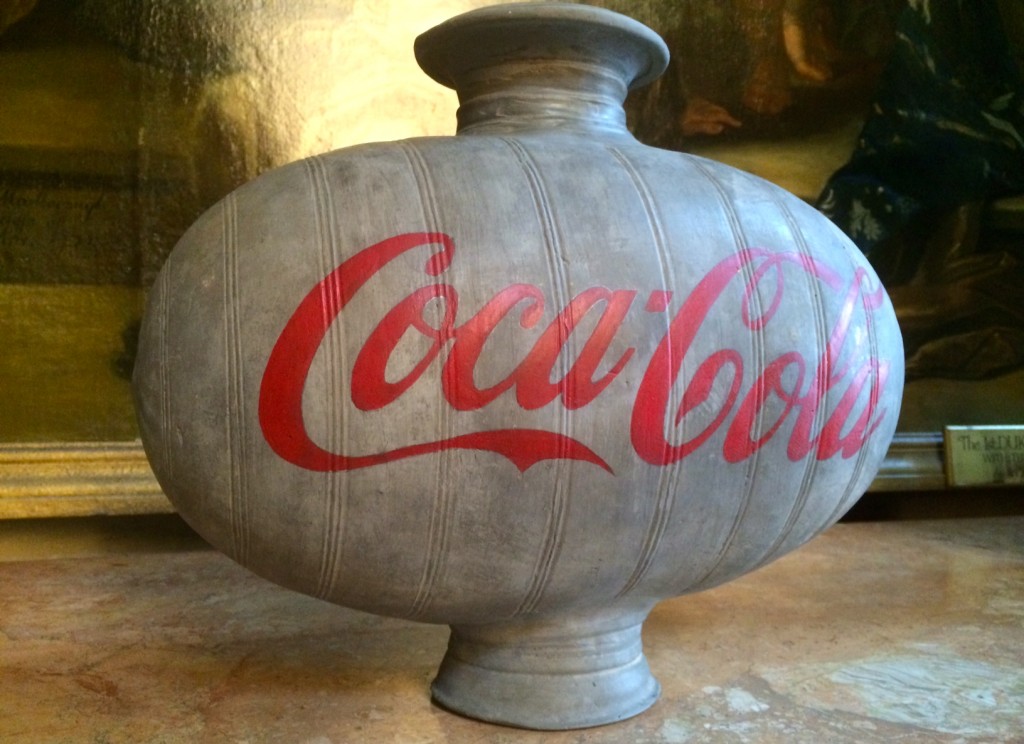 Ironically Ai’s contemporary art that includes his own appropriation of antique vases and pieces of furniture allows us to realise that of course Blenheim’s own collection is not rooted in one era.  Our appreciation of his own work is not only expanded but also is the quality of what is already there. 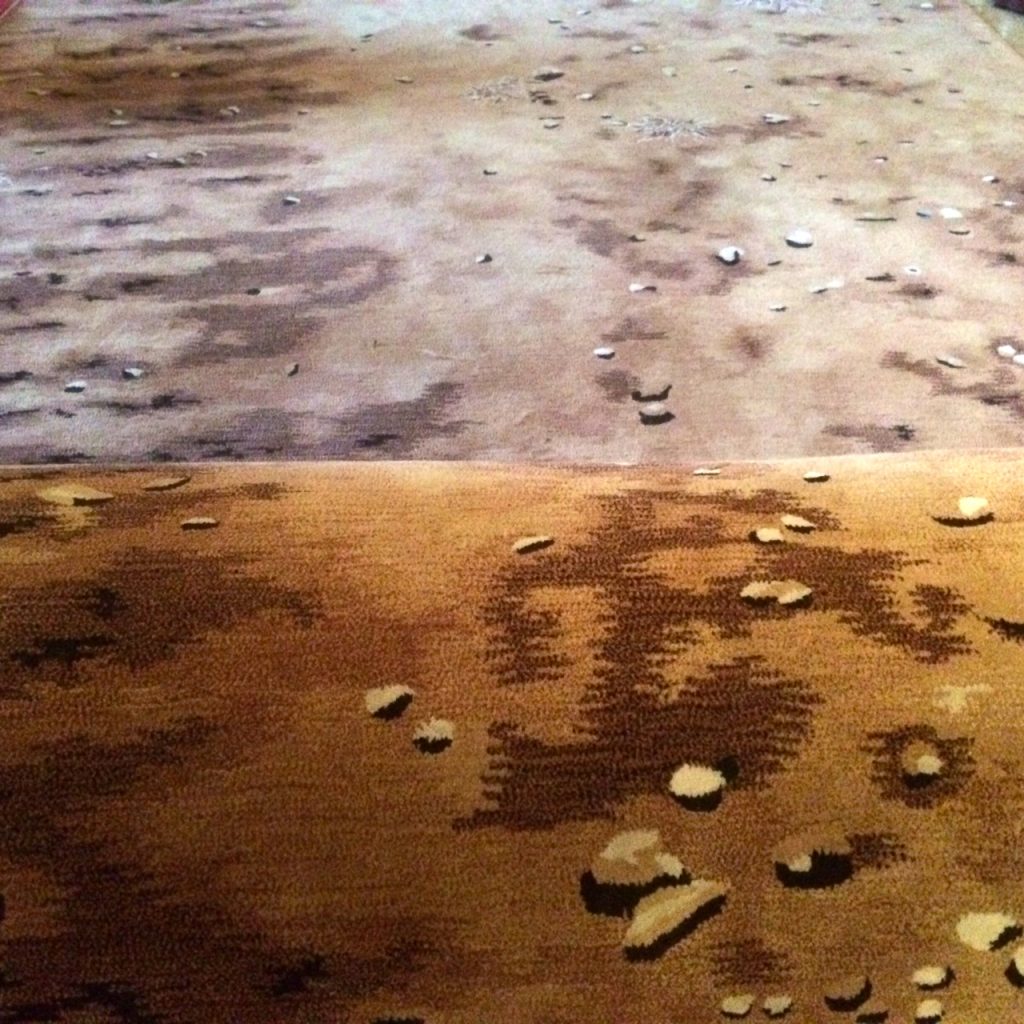 This is a truly liberating, irreverent, humorous and inspirational exhibition and surely one of the very best of the year so far. 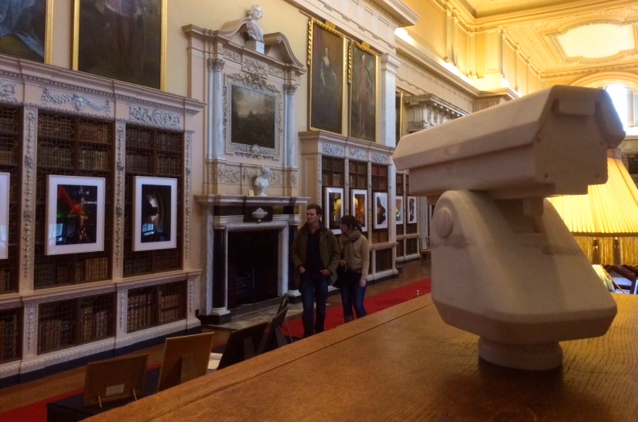